Jimmy had a smile and joke for everyone 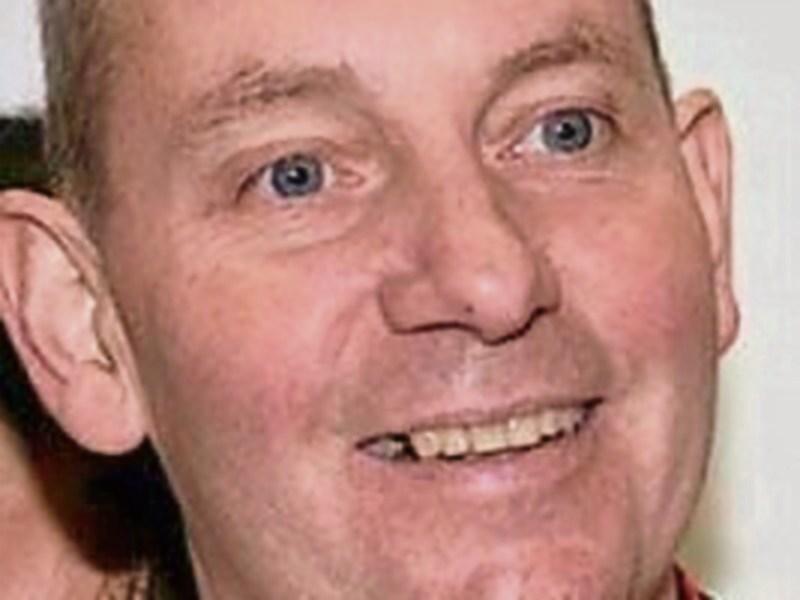 Jimmy Drumgoole, Nicholastown, Ardee, and Riverdale Ballybay who died peacefully on February 9th at St Christopher’s Cavan surrounded by his family. It was with great sadness that news spread of the death of Jimmy who was a much loved local character in Reaghstown.

Jimmy was born in Nicholastown and was the eldest child of Jim and Kathleen Drumgoole. Jimmy was also first grandchild to his two grannies Kathleen Drumgoole and Rosie Reilly. As a child Jimmy often stayed with his Granny Reilly in Ardee and she instilled in him his great love of cooking. From a very young age Jimmy was a great character and was involved in everything in his community including serving mass, Gaelic, The Macra, Soccer, Basketball, running, debating or working with local farmers. He was not a fan of school and at 15 he left school and got a job as a trainee chef. He spent most of his working life cooking which he loved and he made so many friends along the way. During his cooking career he worked in The Oasis, The Fiddlers, The Bailie and Dun Na Ri House to name but a few. He was always full of ideas and his first enterprise was saving and selling turf from Ardee bog. In the 1990’s almost every young fella from Reaghstown worked with him during the summer in the bog. He also had a taxi business in Ardee at this time and even had a London style black taxi.

The Westerns was always a central part of his life and he was a very loyal supporter and Committee member including being a player, umpire, groundsman and Chairman of the club. He loved young people and was always trying to get them interested in GAA and was instrumental in getting new players for the small club. He trained and managed underage teams and would be seen bringing most of the team to matches in his van. He played with the Westerns and was not the best player but he more than made up for this with his enthusiasm and determination. He once was thrilled to get a call to go for trials for Louth however this turned out to be a case of mistaken identity and it was actually his cousin from Dundalk.

He had a great sense of humour and had a smile and a joke for every occasion. He would fundraise at the drop of a hat and raised lots of money for different organisations including The Westerns, The Hospice, and Aclint Hall to name but a few. He took part in Christmas Day swims, a parachute Jump and even ran the Dublin city marathon all for charity. He rekindled the Aclint drama Society and directed and acted in many plays there including Moll, Silver Wedding, All the Kings Horses, Don’t Tell the Wife and many Variety Shows.

One of Jimmy’s greatest achievements was when he recently played Covey in the Wild Goose Movie and he will never be forgotten for the wonderful way he portrayed his character. Along with Willie Martin Jimmy was a key member of the Wild Goose Lodge team, he was there from the start and was a driving force behind the locally made movie. Jimmy enjoyed this experience so much and will always be remembered for his wit, charm and good humour. It was a very proud day for him and his family when he attended the premier in October at The Savoy in Dublin.

Jimmy was a great family man and most of his many enterprises included his Dad Jim. He was very proud of his children Liam and Cáit and always encouraged them in anything they were involved in including music and sport. He always made time to support them and bring them anywhere they needed to go. It was with great regret that he realised he would not be able do this for his two younger children Marianna and James. He had such great plans for the future with Marta his partner to build a long and happy life for them.

We would like to thank all the doctors and nurses in Our Lady of Lourdes Hospital, Cavan Hospital, St Christopher’s Cavan and the palliative care team in Monaghan who cared for him in such a kind and compassionate way. Jimmy was an inspiration to everyone he met by the positive way he dealt with his illness and the good humour and determination he showed in trying to make a recovery.

In November 2016 Jimmy very bravely planned his funeral arrangements and went to great detail to describe how he would like his last few days to be.

On Friday the 10th of February his remains were taken from St Christopher’s Cavan stopping briefly at the Westerns pitch where a large crowd of Westerns supporters and friends formed a guard of honour. He reposed at his Sister Roses house in Reaghstown where a large group of family, work colleagues and friends paid their respects. His removal took place on Saturday to St Malachys Reaghstown.

The gifts that represented his life were explained by his daughter Cáit, they were carried to the alter by his friends James Kearney, Brendan Campbell, Maureen Carnew, Pauline Mc Evoy, Frank Scriven and his Niece Carla Drumgoole. The readings were given by his nieces Aisling Scriven and Leah Murray. The prayers of the faithful were by nephews Ciaran Scriven and Jamie Murray, nieces Nicole Murray and Emily Scriven. The Offertory gifts were brought to the alter by Ollie and Teresa Reilly.

The songs Jimmy choose were beautifully sung by Reaghstown Choir. His cousins Tommy and David Drumgoole sang “Let it be” which was beautiful. You could hear a pin drop as Jimmy’s son Liam sang “Stay With Me” it was amazing and Jimmy who choose this song would have been very proud of him.

The eulogy was given by his sister Catherine Scriven as requested by Jimmy and she finished up by reciting the words of Franks Sinatra’s “I did it my way” which Jimmy said described his life.

As Jimmy left the church there was a round of applause given by Aclint Drama Society and the cast of The Wild Goose Movie who took off their hats to him. Burial was in Reaghstown with his Dad Jim.

A months mind mass took place in Reaghstown on the 10th and also in Ballybay on Saturday the 11th of March.

The family would like to thank thank you to Jim Tenanty - undertaker - who was a wonderful help.