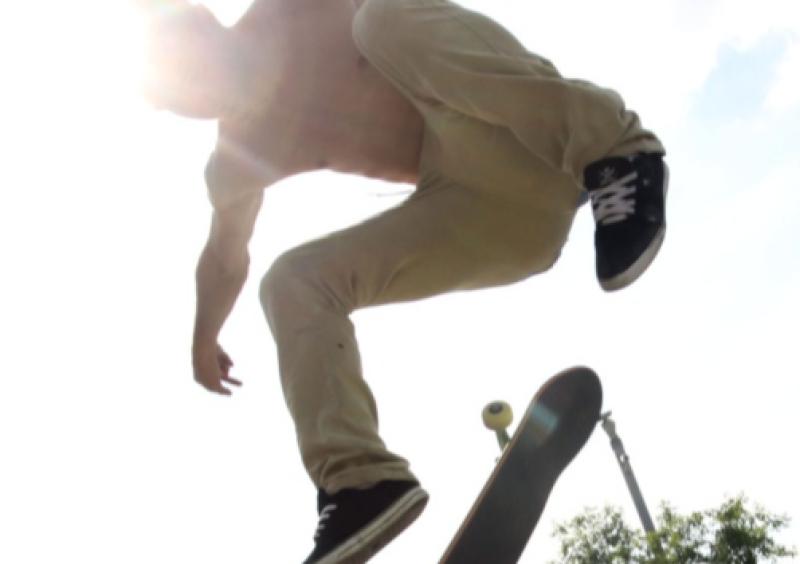 Cllr Sean Kelly has backed a plan to get a concrete skatepark for Dundalk, being one of many councillors who got on board with the project which is being headed by the Dundalk Skating Community.

The group, which runs the Get Dundalk a Concrete Skatepark Facebook page, are calling for support as they try to get funding for a skating facility in the town to cater for an ever-growing sport which is enjoyed by people of all ages.

The Fianna Fail councillor has taken notice of the growing popularity of skating in the area, which is most noticeable around the Market Square and believes they are well within their rights to be looking for funding.

“They’ve got the numbers” he stated, “if you pass the town square which is the place they mostly use to meet up, at the weekend you could see 30 or 40 skaters on a regular basis, so the demand is there, and they are completely in their rights to look for money.”

A “Skate spot” is available in Marion Park, but the facility is old and not suitable to cater for the modern skater leading to many honing their skills in the centre of town.

While the reception is mainly good, Eibhlin Ryan of the Dundalk Skating Committee believes many of her colleagues are unhappy to be intruding in a public space.

"To be honest most of us don't like skating at the Market Square and would prefer to have a suitable place to skate” she claimed. “The Square has no facilities, and although many passers-by, young and old, stop to watch us, we know there are some folk that don't appreciate us being there."

Skateboarding is one of the newest sports to be added to the Olympic program and Ryan is adamant a proper facility is needed to give children in the region the best chance of achieving glory in the future.

“Why shouldn't kids from Dundalk be on the world stage in this sport. There's no lack of enthusiasm from our young skaters, but we just don't have the facilities right now, that's why we are campaigning for a proper skatepark.”

Cllr Kelly was one of five councillors to attend a recent Zoom meeting with the group, which was also attended by Cllrs Kevin Meenan, Conor Keelan, Edel Corrigan and Maeve Yore with the hope of getting all stakeholders canvassed over the next few months.

Kelly was impressed by their commitment to the cause and praised the work they had done so far, however he was worried the scale of the project they had in mind meant it would be tough to get off the ground.

“Their committee has to be applauded as they are very well organised and had done their homework, they had a representative with them that had been involved in building similar skateparks around the country.”

“The main issue they will have is funding, the kind of scheme they are looking for is a massive project but you have to start somewhere. Fair play to them for getting the ball rolling and starting a conversation, all we can hope for is that we will see some form of facility in the future.”

Ryan is extremely passionate about the project and despite knowing it may cost a lot in the short term she believes that it will be a huge asset to the town that will not cost much long term when it comes to maintaining the facility.

“We think that a park would add so much to Dundalk and could bring in a lot of visitors. The cost to the town to maintain it is little to nothing compared to most other amenities and to be honest, it is a no-brainer that Dundalk, with its size of population, should have one and will have one."

Getting grants for new facilities to help develop the sporting stars of the future comes easier to those in the more popular sports, who have had years of experience applying for funding.

With its newly found Olympic tag and growing numbers, all councillors in attendance at the Zoom meeting were eager to help the skating community get a well-deserved new home.

“Other organisations are very good at getting funding for their sports to get what they need" Kelly claimed. So they are completely in the right to look for some themselves and the best of luck to them. As we all said at that meeting, we are on board to do whatever we can do to help and by all means we will.”