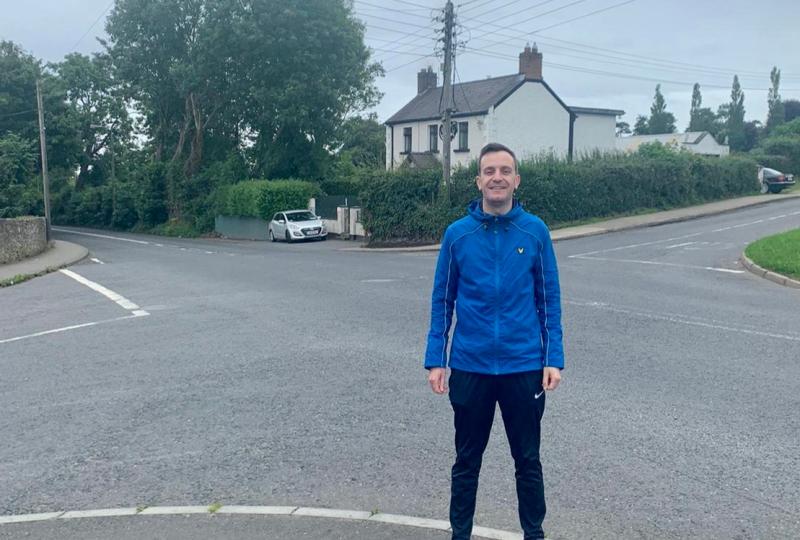 Cllr Sean Kelly has welcomed the news that funding has been allocated for the Castletown junction safety developments, with €13,000 given to the project as part of government’s 2021 investment programme for regional and local roads.

A €555m euro funding package was announced on Monday by Minister Eamon Ryan and Minister for State Hildegarde Naughton which will allow approximately 3,100kms of roads to be maintained and 2,450kms to be strengthened.

Kelly has advocated for the works at Castletown Cross since being elected in 2019, feeling it was “an accident waiting to happen” due to the area’s population and traffic congestion.

“You have got a very dangerous junction there at an intersection coming off the motorway, you have lots of traffic that use it to get into town and you’ve got two huge school communities there too with the guts of 1500 students and all the associated traffic from staff and parents” he stated.

“It is a huge urban area and all these factors are meeting at very bad junction which is a catastrophe waiting to happen so I have always called for more safety measures to be incorporated there.”

The Fianna Fail councillor put in the application back in July getting engineers to inspect the area, looking for funding under the Low-Cost Safety Scheme and was elated to see funds for the work be granted.

“I’m delighted to see the funding get approved, it is one of those things that if something did happen we’d be thinking why didn’t we push for it sooner, especially if a bad car accident did take place, you’d be saying to yourself we could have prevented it.”

As a former student of Del la Salle Secondary School, he has been aware of the safety concerns blighting the crossroads for many years, believing that the project should never taken this long to get over the line given the large student population in the area.

“Between half eight and quarter past nine you have a couple hundred cars and loads of parents dropping kids off, you have buses landing and children crossing the road so you can imagine the dangers it possesses.”

“Bus crashes have happened over the years and the last thing we want is to hear about a serious accident happening up there with a couple kids being killed so the quicker we can get this done the better as being honest it should never have gotten to the stage where we had to fight for it.”

With a year of different lockdown restrictions, walking has become a major pastime for everyone and the Dundalk native believes this has shown the issues surrounding the roads to even more people.

“This junction is also a popular walking route and people are out walking all the time and see how dangerous it is. They’re thinking imagine if something happens at that junction so it is good that we are now highlighting the issue and giving it the proper focus it should have been given years ago.”