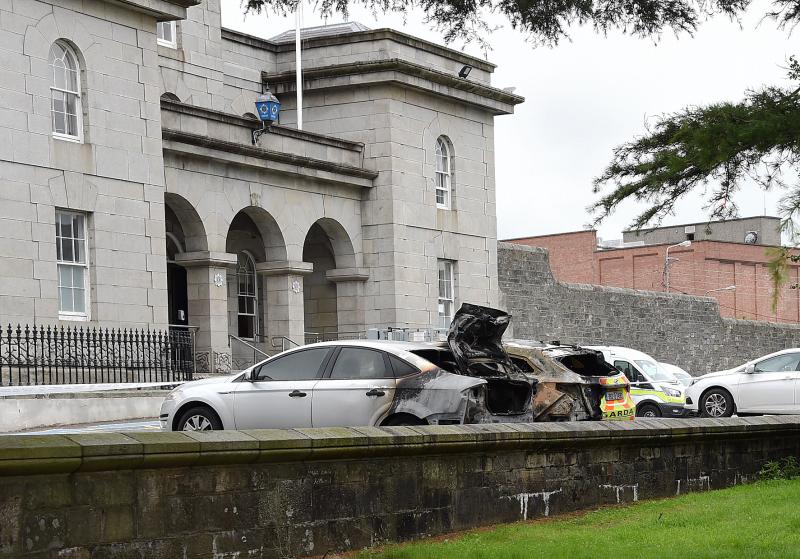 Dundalk TD Ruairí Ó Murchú has said that the arson attack on Dundalk Garda station was malicious and outrageous, after two squad cars were burnt out in the early hours this morning.

The Sinn Féin Deputy said that the attack, which comes after previous attacks on the station in 2019 and 2020, as well as on homes of local Gardaí, was "brazen in its criminality".

Deputy Ó Murchú said that a lone male is suspected of the attack on the garda station, which happened at 2:30am this morning.

He condemned the attack, adding that the local community would join in support for Gardaí to keep communities safe. The front of the two burnt-out cars - Photo: Arthur Kinahan

"For the attack to happen in the car park of the Garda station, close to the town centre in Dundalk, shows brazen criminality and comes following a number of successful Garda operations against criminal gangs in the town," said Deputy Ó Murchú.

"I have spoken to senior Gardaí this morning and while they are appalled by this incident they will not be dissuaded from carrying out their work.

"I will meet with senior Gardaí to discuss this, and other serious crime incidents in Dundalk."

Deputy Ó Murchú urged anyone with information on the attack to come forward to Gardaí.