Hill Street Views: Opening up is not always easy, but it can help 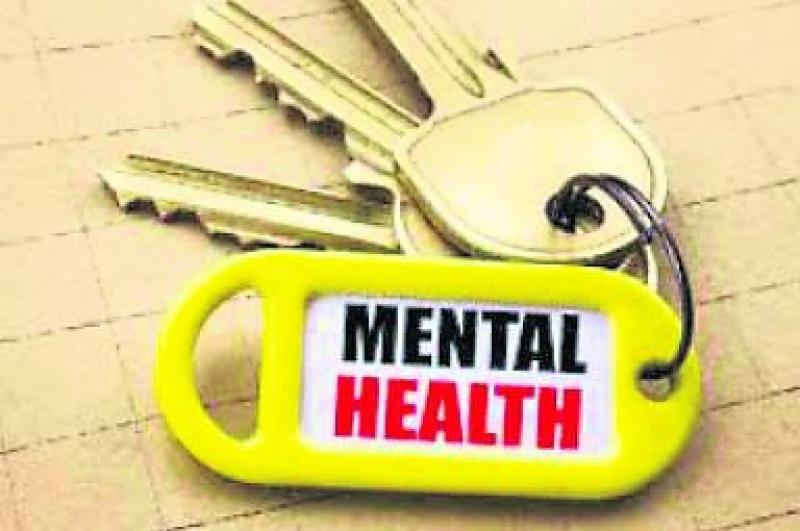 Last year, during the in-between lockdown days of early Autumn, I went to see a counsellor for the very first time.

After some time, I admitted to myself it was a “mental health tune-up” I felt I needed.

I had noticed over the weeks and months beforehand that anxiety was making more regular and unwelcome visits to my doorstep.

This would manifest itself in a number of “low-grade”, almost imperceptible ways. I would “pick” at myself regularly. I’d pick at what I thought were blemishes on the skin of my arms and elsewhere - sometimes leaving a reddened mark or even drawing a little blood.

It was my wife who first drew my attention to this behaviour; and for a long time I waved it off and dismissed her concerns abruptly.

These “picking” episodes usually coincided with moments where my anxiety would spike - but it would, again, take me a considerable amount of time to realise this.

Beyond the physical picking - which was a coping mechanism of sorts - anxiety manifested itself in the shape of me becoming more irritable and unable to think clearly when a - usually - small problem presented itself. I would have a habit of catastrophizing an issue: making a mountain out of a molehill.

But that can come across as being somewhat dismissive, I have since realised, because when you’re in that difficult moment, it is the most pressing and unrelenting thing you are dealing with.

It is a massive mountain for you right at the moment and surmounting it seems an impossibility.

People seek assistance for their mental health for many, varied reasons and everyone's issues are entirely unique and so very important.

It can be the slow, constant creep of a mental health issue that can cause it to escalate into something more concerning, I have since felt.

After much, what I dismissively termed, “badgering” from my wife, I decided, just before we went on a staycation to Donegal in early September 2020, to book an appointment with a local counselling centre. It was an easy process. I picked up the phone, spoke to someone, answered a couple of questions and was given a date and a time.

I felt my issue was small-scale and while it may very well be that, I look back now and realise that talking to someone was the best thing I did.

I was lucky my wife was present and astute enough to spot the small things - those little tells that betray a hidden issue - and guided me to have a chat with a mental health professional.

You might be asking what it was that was causing me to be anxious.

And after spending time speaking to a counsellor it became clear to me that there may not be one issue that is the root cause of my anxiety.

It is, to my mind anyway, a more compounded situation. It is the little things that occur, over time, pressing on top of each other and settling, but never being resolved or brought out into the open to be discussed.

These small moments were left to fester away and collectively impacted how I dealt with future situations, incidents and moments that would crop up.

I am aware that I have a habit of trying to solve my own problems internally - which can be a good trait to have; it can build resilience and an ability to problem solve, but it can also detach you from seeking insight and gaining useful opinion from outside. My natural instinct is to suppress as opposed to release.

I believed (and still do, sometimes) that my issues are my own and that I should not bother anyone else with them - “sure we all have our problems to deal with, why should I bore anyone else with mine?”
I know now that this is a deeply flawed outlook.

I’m not saying that I have perfected dealing with my mental health and my anxiety - I most certainly have not; it is an ongoing, constant process - but I now understand the importance of talking, even if the act in and of itself may seem utterly useless to me at times.

And I also understand the importance of listening to others that may be in some emotional distress themselves.

I used to, and at times still do, have a tendency to try and fix someone's problem when presented to me. I look for the straightest, fastest line to the solution without really listening to what the person is telling me.

This, I now understand, is unhelpful and actually quite frustrating for a person who may be in crisis.

Simply holding my tongue and actually hearing the words coming from their mouth - engaging totally with what they are saying - has led to much more profound and meaningful exchanges.

My habit of trying to cut short conversations with instant-fix solutions has been diminished.

Over the course of perhaps six or seven sessions with the counsellor I simply spoke and he listened. I remember the feeling of not having a clue about what I was going to say each time I stepped inside the door of the counselling centre.

“I genuinely have nothing on my mind,” I said to myself, every single time.

I would check-in at reception and wrack my brain for some sort of conversation starter; some way to open the exchange and ensure we were not going to spend the next 45-60 minutes staring across the room at each other in awkward, punishing silence.

Yet each time I sat in the chair across from the counsellor, with the large up-and-down sash window over his left shoulder, I found a calmness and a surprising serenity which allowed me to relax into the - mostly one-sided - exchange that followed.

There was absolutely no judgement during our time together. I could, and did, speak about things that I wouldn’t say to anyone. And the very act of releasing those thoughts from my body felt like a huge weight was being lifted each time.

It’s not magic, when you think about it. But it requires a willingness to be part of the process, I found. I’m certain that if I went in there and said nothing, then nothing would change. I had to want to engage with the idea of this being a potentially positive experience, which could be beneficial to me.

Sure it’s not going to be for everyone, but it might be, and if you, or someone close to you, has something niggling away - even if it seems small-scale - then I recommend thinking about talking to someone.

It could be one of the best decisions you make.