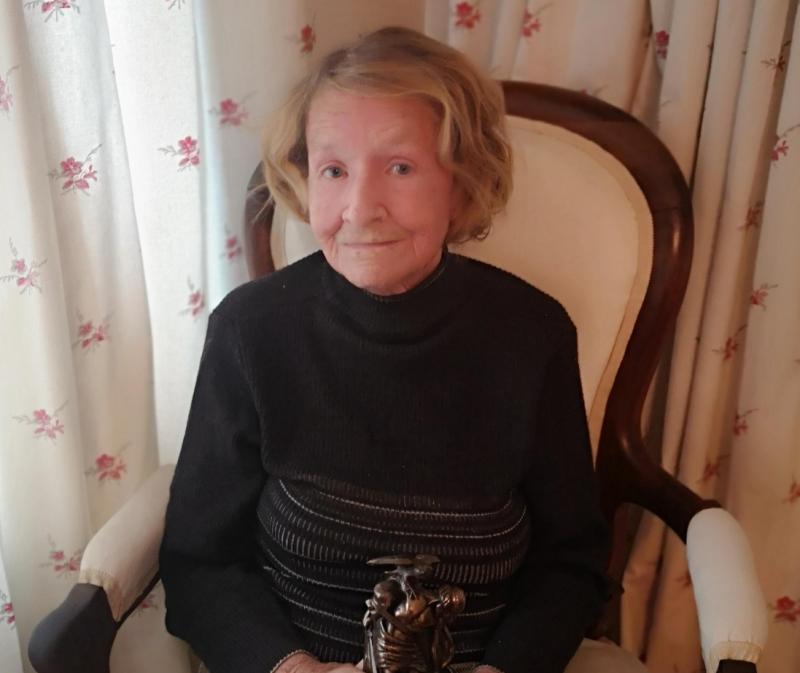 A Dundalk postmistress, who worked with An Post for over 60 years, has retired.

Mrs Boyle said that she enjoyed her time working in the post office in town, and that meeting people was one of the best parts of the job.

“All things come to an end, I’m glad of the years I had because otherwise I wouldn’t have met all the nice people that I did meet,” said Mrs Boyle.

Mrs Boyle, who is now in her eighties, said that she first began working in the local post office before having to leave the job after she got married in 1959.

Mrs Boyle originally was from a village just outside Castleblayney in Co Monaghan, before she moved to Dundalk.

During her time in school, she was only one of three people who persisted to do the Junior Cert, which was then known as the Inter Cert.

From there, Mrs Boyle took a civil service entrance exam and took on a training process with the Department of Post and Telegraphs.

She married Michael Boyle and started a family in the town.

She spent six years working at the local PO before she was married, but later returned to work in 1966 when a vacancy came up in the Dublin Street post office.

Mrs Boyle subsequently set up and worked at her own sub-office in the Dublin Street premises.

She worked with Tesco Extra in Dundalk to move the post office to the facility in 2014, citing security reasons.

Her daughter, Nanette Boyle, praised her mother for her work throughout the years, calling her time in the post office “exceptional” due to women rarely featuring in the workplace at the time.

Mrs Boyle said that over her 60 years working in the post office, she had to deal with robberies and that due to those security concerns, she decided to work with Tesco Extra in Dundalk to move the post office.

She also praised the current workers in Dundalk’s post offices for their work since she has finished.