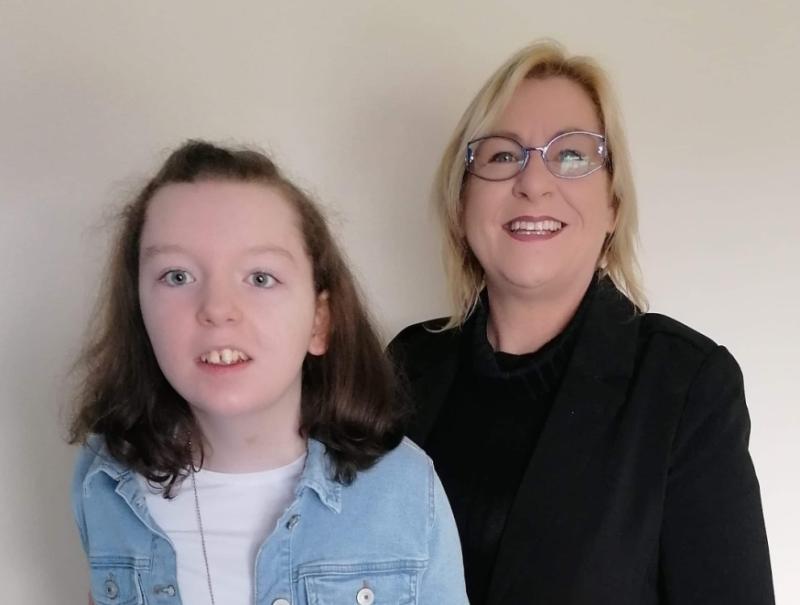 A family of a teenage girl say they are ‘thrilled’ that the HSE has finally sorted out a system for allowing them to purchase ‘life-changing’ medicinal cannabis under a ministerial licence.

The issue of Abigail McQuillan (16) from Blackrock, Dundalk, had been raised in the Dáil earlier this year by Deputy Ruairí Ó Murchú, who also contacted Health Minister Stephen Donnelly about it.

Abigail’s family had been paying €600 per month for the treatment through a chemist in Newry, but the family was facing a bill of €4,000 up front for three months’ supply from The Hague, after issues after Brexit meant the Northern prescription was no longer valid.

However, last week her mother, Deborah Downey, was contacted by the HSE to say that a new scheme is in place that means she will no longer have to find the cash to pay for the treatment from The Hague.

Under the new scheme, the HSE will pay the medicinal cannabis provider directly, leaving the family without the stress of having to come up with the money.

Deputy Ó Murchú said he was pleased to see a resolution to the situation, which has been ongoing for more than eight months.

He said: “Abigail’s mother, Deborah Downey, contacted my constituency office in December and since then, we have been working to try to get a resolution to this for the family.

“I raised it directly with Ministers Varadkar and Donnelly in March, and had numerous contacts with the health minister’s department, subsequently.

“But progress was very slow. The system was much too complicated for people to navigate.

“Abigail has been in receipt of the ministerial-approved medicinal cannabis for almost a year for Lennox Gastaut Syndrome.

The burden of having to pay for this life enhancing treatment for her was weighing heavily on her family.

“Under the new scheme, the medicinal cannabis for Abigail will be supplied to her without the cumbersome system of the family paying first and the reimbursement taking months to come through.

“The HSE will pay the medicine supplier directly. This is really good news for Abigail’s family, who tell me that she has now gone more than 70 days without a seizure and, for the first time in a long while, they are looking forward.

“I want to pay tribute to Deborah for her tenacity in bringing this to a successful conclusion.”