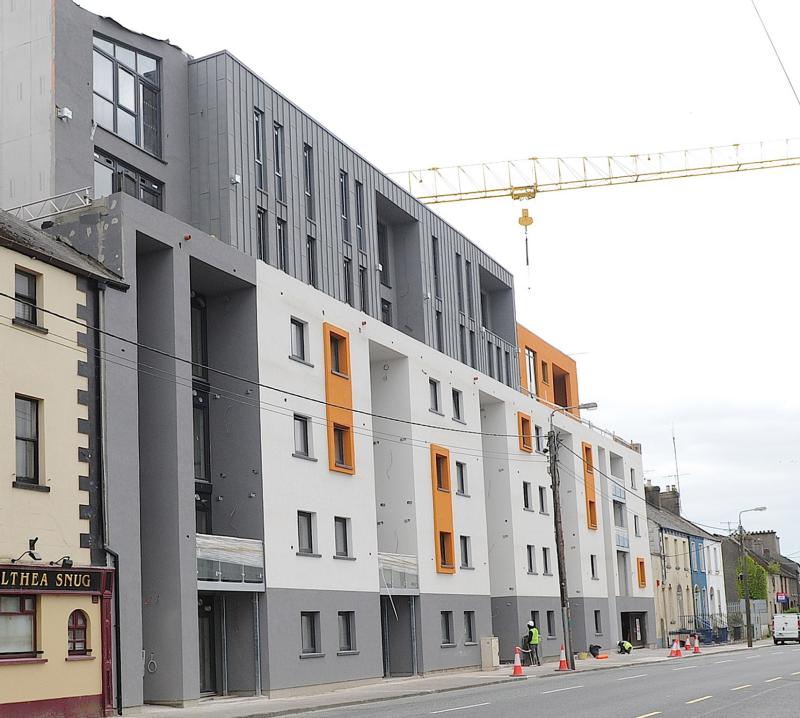 The Halliday Mills apartment complex is nearing completion, with 85 apartments set to be delivered and occupied by the end of September.

The apartment, which is located on Quay Street, is currently being delivered by Co-operative Housing Ireland, an approved housing body, with all homes inside the complex set to be used by the council as public housing.

The 85 apartments, which will be a mix of one, two and three-bedroom apartments, are currently being built by Co-operative Housing Ireland (CHI).

Padraic Clancy, the Head of New Business at CHI, estimates that the final construction will be completed in August. 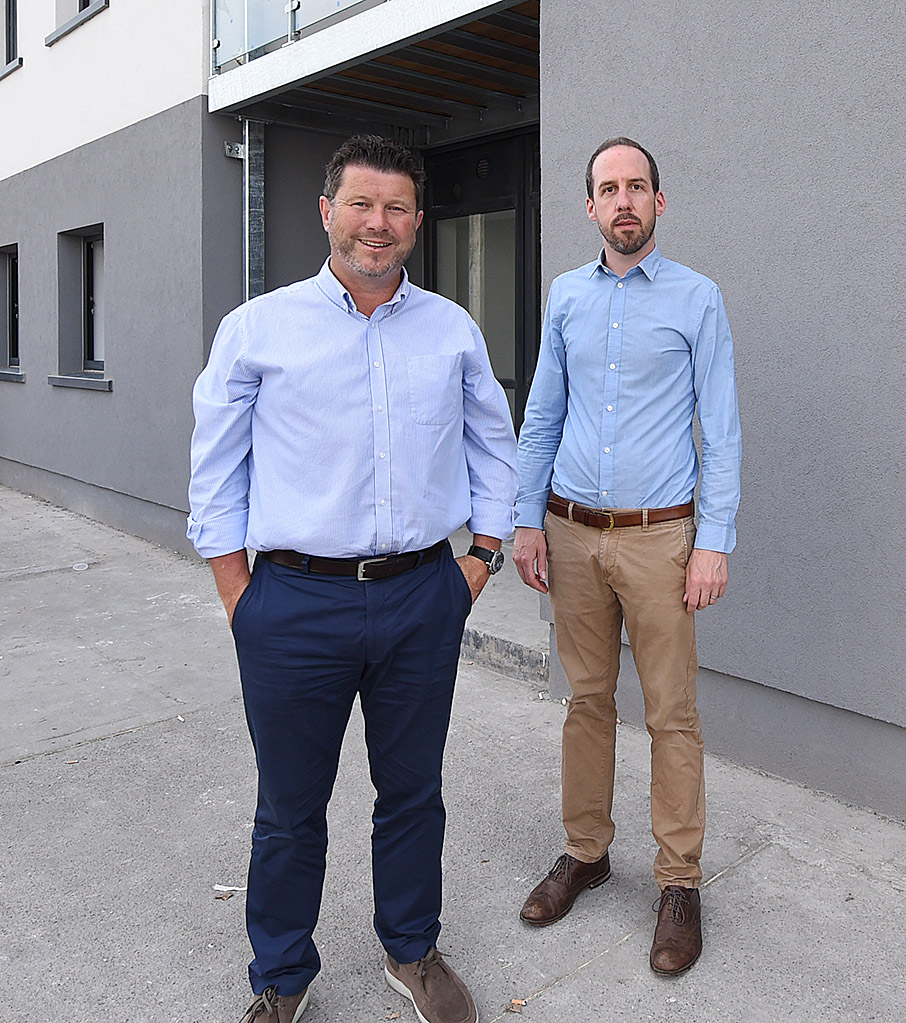 He estimated the cost of the apartment complex to be around €21 million, adding that the CHI used local contractors to work on the building, with an estimate of around 100 people working on site.

The building itself has six stories, with the front side of the building being one storey taller than the backside.

The building itself is now bigger than it originally was when it was first constructed as Ard Dealgan, with the addition of the extra floor.

The original Ard Dealgan complex was built in the early 2000s, with the new development gutting everything but the walls.

With the original building, there were concerns over fire risk, so the apartments were left derelict. 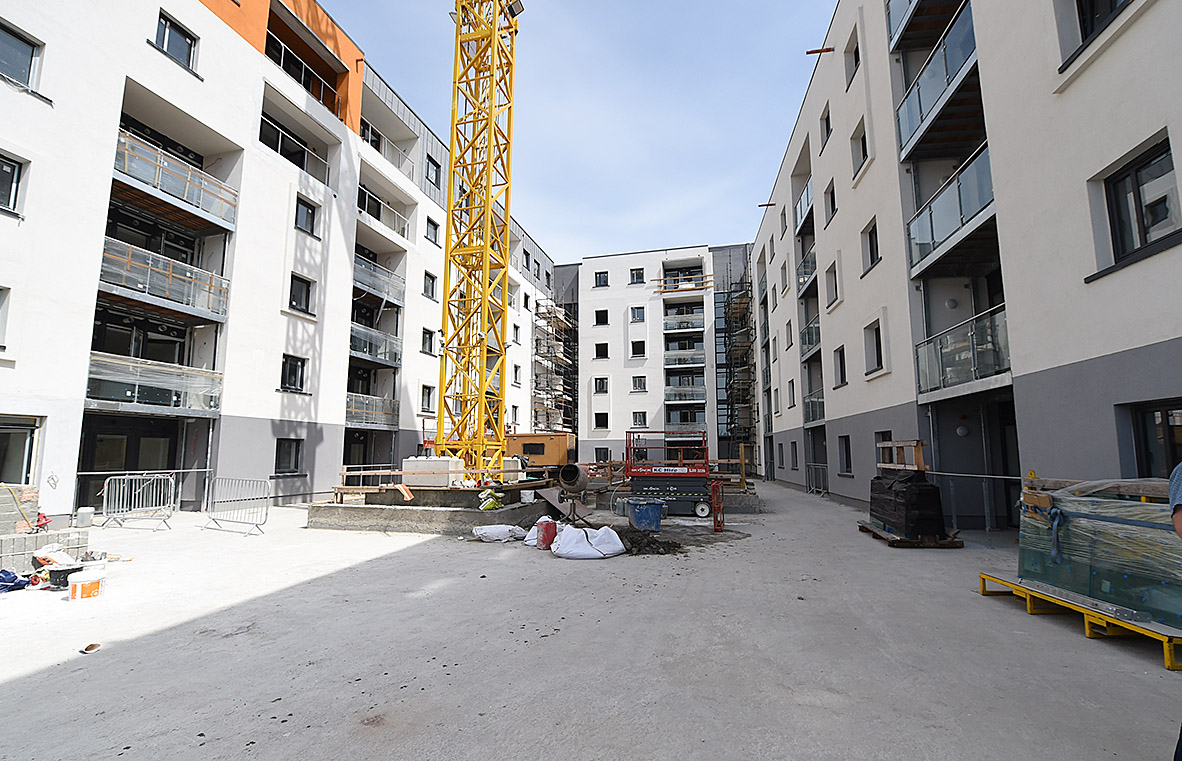 The courtyard, which is set to be turned into a common area for tenants

According to Mr Clancy, the fire safety issues were part of the reason why it wasn’t sold when it was built originally.

“It’s perfect from a health and safety environment,” said Mr Clancy, saying that this bad reputation is gone after the redevelopment.

Within the complex itself, there will be a main courtyard in the centre of the development, with benches, shrubs and greenery set to be installed.

According to Mr Clancy, this will be one of the common areas, with an adjoining lot set to be turned into a garden area with a children’s playground set to be built.

However, this adjoining lot is not set to be developed until later this year.

Work itself has been ongoing at the site for the last year and a half according to Mr Clancy, with some stoppage in construction due to Covid-19 restrictions. 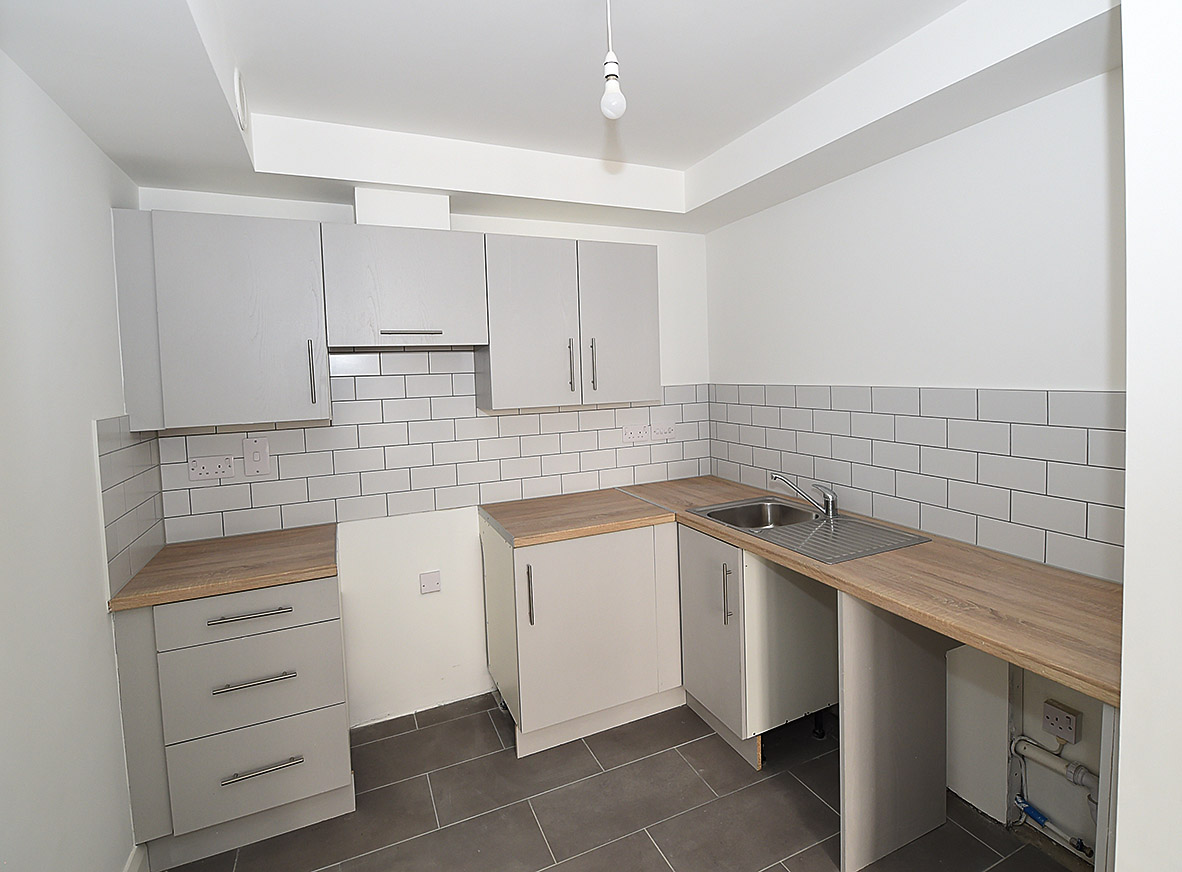 A kitchen in a one-bedroom apartment

The developer behind the project is the McGrath Group, a property developer currently based in Dublin who have worked on apartment complexes in Ireland and abroad.

The one-bedroom apartments are sized at 49 square metres, with a joint sitting room and kitchen space, a small balcony, a bedroom and bathroom. The bigger apartments have more space, along with different sized bedrooms, as well as walk-in closets for the three-bed apartments.

Tenants will be free to redecorate their apartments as they wish, and will be able to choose the walls and flooring.

All car parking facilities are underground, with 115 car parking spaces in total in the facility alongside bike storage capable of holding 60 bikes.

On one half of the building, there is a rooftop garden accessible by residents.

Currently, the rooftop garden is paved with paving stones, but the CHI has said that it will be improved with shrubbery and benches for residents. 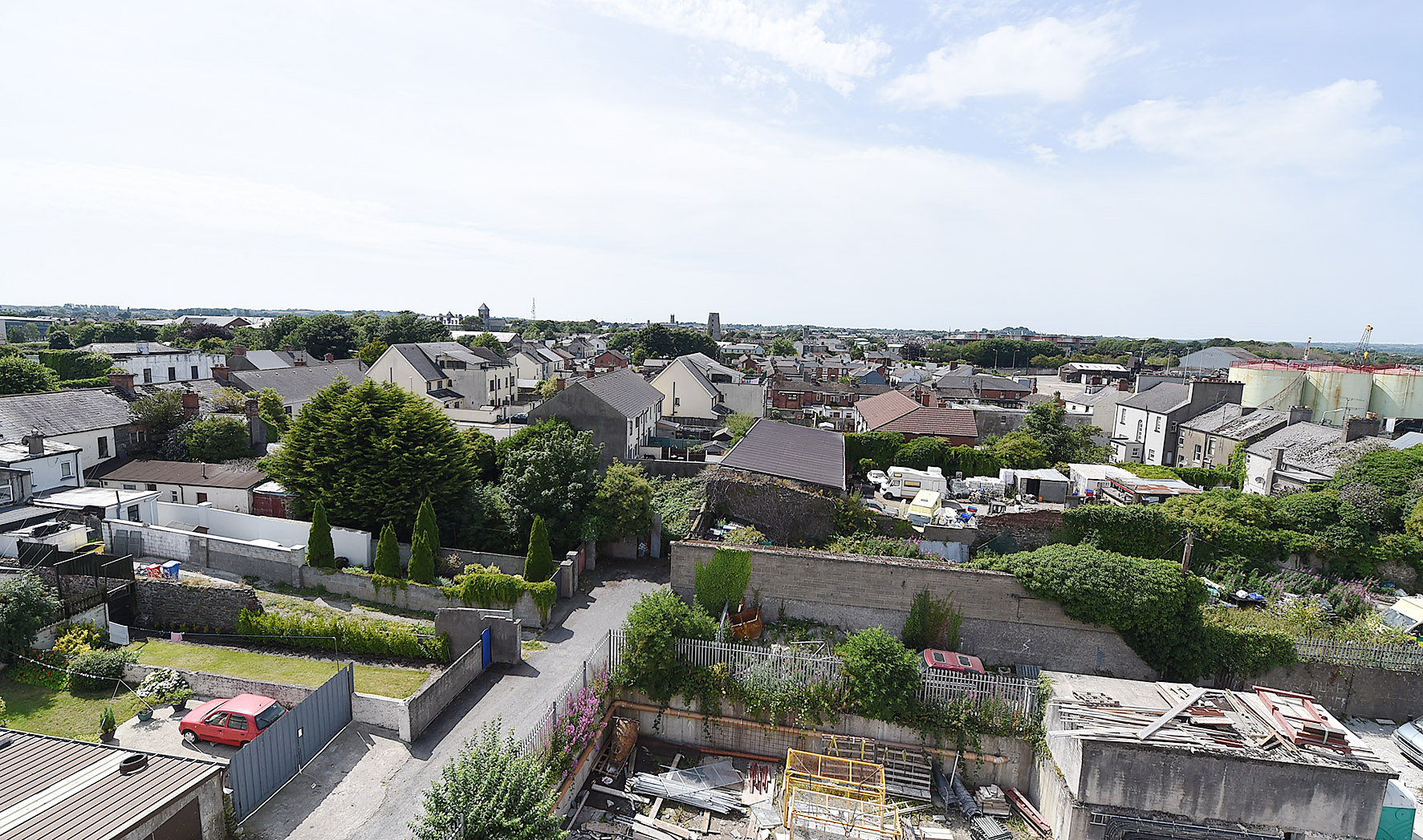 A view over Dundalk from the rooftop garden

Allocation of the apartments will be done through Louth County Council’s choice-based letting model, where eligible families can express interest in the apartments.

According to Mr Clancy, the apartments themselves will not cost much to run, with new insulation and glazed windows set to keep the heat in.

“You’d run these apartments on a pittance,” said Mr Clancy.

According to CHI, the process of selecting families has already begun and are forwarding applications to CHI.

The most recent figures for Louth’s housing waiting list shows 1,324 families waiting for a home. The total number of families nationwide is 61,880.

Eoin Carroll, the Policy and Communications Manager at CHI said that there was sometimes a stigma attached to those on the housing list and that most people on the list are employed.

“The majority of people living in social housing are in paid employment,” said Mr Carroll, with Mr Clancy adding that he would prefer if the term social housing was changed to public housing to remove the stigma attached.

The Halliday Mills complex is CHI’s first development in Louth, with the housing body saying that they are looking at developing in both Ardee and Drogheda in the near future, with Mr Clancy saying plans will come to fruition in July 2022.

“We’re very proud to buy in Dundalk,” said Mr Clancy, adding that the CHI will be looking for more opportunities in Dundalk in the future.