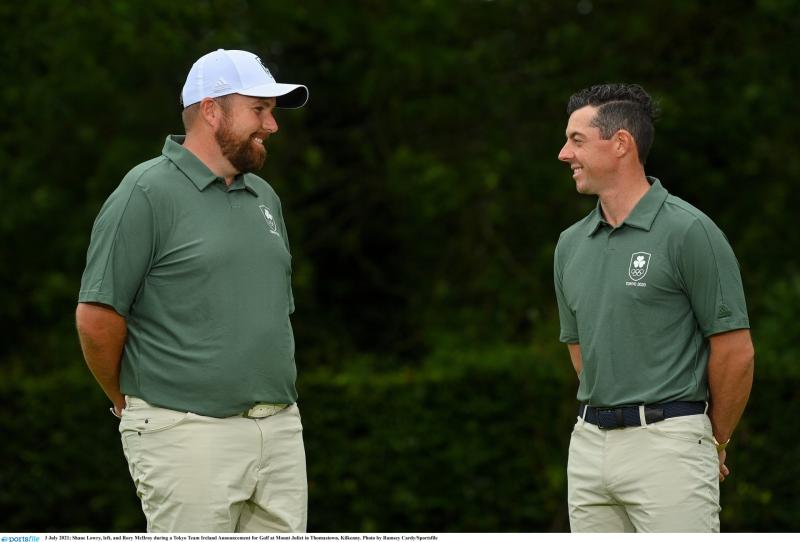 Shane Lowry has shot up the leaderboard at the Olympic golf tournament after a stunning second round.

With the second round now complete, Shane is in a tie for seventh place after two rounds after shooting a six under par 65 to leave him on seven under for the tournament at the halfway mark.

He had seven birdies and one par in his round to leave himself right in the medal hunt going into the last two rounds.

Speaking after his round, Shane said, "“Golf’s a funny game. I started off lovely and just sort of had that momentum for the whole day then. Especially when I came out after the delay. I holed a lovely putt on 13, an eight or nine-footer, and then from there, I just played lovely for the rest of the day. I actually missed a short one on 17, which would have been nice to hole, but I’m happy with my score and very happy that I have a chance to do something special over the weekend.”

He could be playing with Rory McIlroy on Saturday after his Irish team mate shot a five under par round to also sit on seven under going into the weekend.

Current leader is American Xander Schauffele who is on 11 under after a stunning 63 today.

Mexico's Carlos Ortiz is in second on ten under par.

A group of four players are on eight under including home favourite Hideki Matsuyama. Matsuyama still has two holes to finish in his second round after play was suspended.