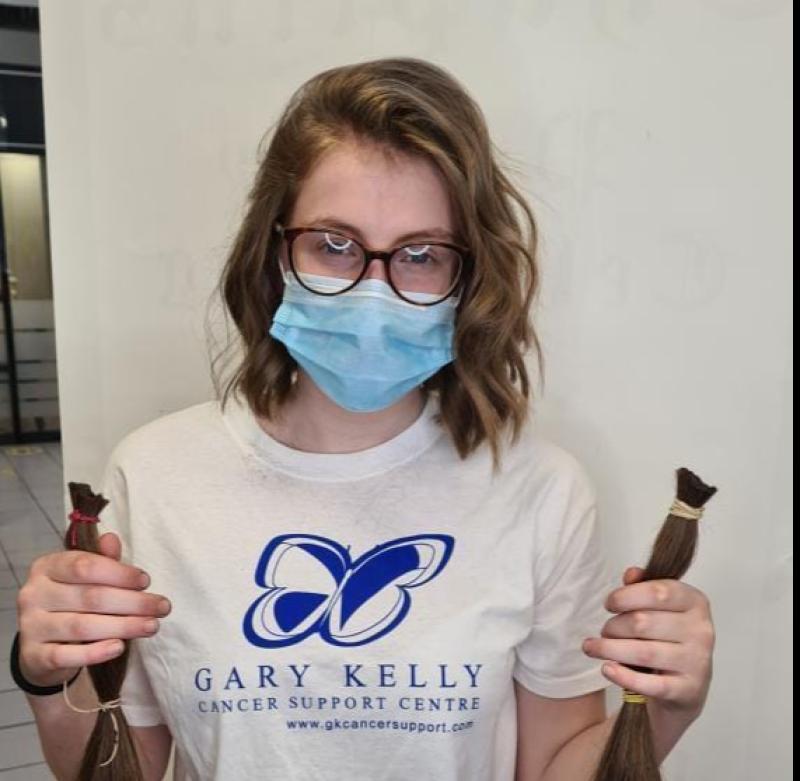 The kind-hearted 17-year-old, from Philipstown in Dunleer, donated her hair to the Princess Trust, which makes wigs for children who have been affected by cancer and alopecia.

Melissa has also raised almost a €1,000 so far for the Gary Kelly Cancer Support Centre.

Melissa said she decided to cut her hair for the two very worthy causes as her mother Kathleen and other people in her community have been affected by cancer and she wanted to do something to help.

"I've been growing my hair out to cut and donate it, while at the same time raising money for the Gary Kelly Cancer support center", Melissa said on her GoFundMe page.

"The reason I chose the Gary Kelly is because it isn't funded by the government and helps many people with cancer all across Ireland.

"My mother and many other people in my community have used the center and some even travel distances to use it as well. I would like to give back to this amazing organisation."

Melissa had been growing her hair long for some time before getting her lovely hair cut by hairdresser Sinead in Chaplins Hair Salon in Dundalk last week.

Her proud mum Kathleen, who had cancer four years ago, said that the reason Melissa did it was because she used and still uses the Gary Kelly centre .

Also, her sister Jade's best friend Ava Kelly passed away just after her 20th birthday two years ago and last year the young daughter of a relative lost her hair and had to have a wig due to cancer.

Melissa, who goes to Ardee community school, has also seen other students lose a parent due to cancer.

"Melissa decided two years ago that she wanted to do something to raise money and started to grow her hair and then after seeing the little girl need a wig thought this was a way of helping two good causes", Kathleen said.

"The Gary Kelly center is open to people with cancer and their families and all services are free.

"I have seen first hand people traveling from as far as Kells to Carlingford and Monaghan to the centre.

"They get little funding from the government and need all the support they get.

"We are very proud of Melissa, she is such a kind hearted person.

"Melissa is aware people are struggling and is amazed at peoples' generosity and is hoping for people to donate €5 and that it would add up."

Anyone wishing to donate can do so on https://ie.gofundme.com/f/gary-kelly-cancer-patients-support-centre