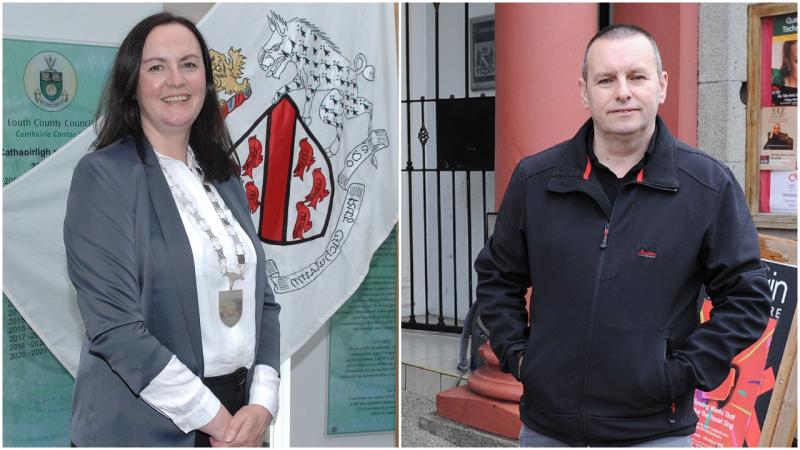 Multiple councillors raised the ongoing water issues across Dundalk and Louth at a recent meeting of Louth County Council, with concerns over water shortages and the continued presence of manganese in tap water.

Sinn Féin Cllr Kevin Meenan and Fine Gael Cllr Maria Doyle both raised concerns about the continued heightened presence of manganese in water across parts of Dundalk and Blackrock, leading to discolouration.

Cllr Meenan queried where the process was in solving the issue, with Cllr Doyle saying that she had been in contact with families in Blackrock surrounding the discolouration.

Cllr Doyle said that people in the area had been forced to buy water, and that there was confusion surrounding whether or not the water was safe when it runs clear.

According to Cllr Doyle, when asking Irish Water about the specific cases, they issued the same responses.

“Irish Water really need to communicate more effectively with those customers of theirs, who are having these issues,” said Cllr Doyle.

Cllr Doyle also sought a timeline for when the issues with discolouration would be solved, and that Irish Water needs to communicate it clearly.

Bernie Woods, Head of Water Services at LCC, said that the issue of high levels of manganese is due to issues at the Cavanhill Water Treatment plant, to which LCC doesn’t have a direct contact link.

However, according to Mrs Woods, Irish Water have said that they have implemented some measures to reduce the amount of manganese in the water and that a major burst in the pipes released manganese sediment into the supply.

Mrs Woods also added that she will raise the issue with Irish Water again.

Sinn Féin’s Antoin Watters also raised water supply issues with Mrs Woods, questioning whether or not there would be a hosepipe ban implemented due to the good weather as some homes in Cooley were without water.

Mrs Woods said that this was due to a number of burst pipes in the water system, and that Irish Water is currently working on repairing them.

However, Irish Water has since issued an appeal to people across parts of Louth to conserve water, due to the Dunbin reservoir dropping to critically low levels.

According to Irish Water, this is due to increased demand for water in the Knockbridge and Dunbin areas, which is putting pressure on the reservoir and may lead to some water disruptions or low pressure for residents.

Speaking about the need to conserve water, Irish Water’s Regional Lead, Donal Heaney, said: “It’s really important that everyone follows the HSE guidance on handwashing, however there are ways to conserve water that will not impact on hygiene.

"Our telemetry shows that demand has increased significantly in Louth and our reservoirs are under pressure. We want to ensure we can meet the demands of our water supplies as COVID-19 restrictions are relaxing and the hospitality sectors reopens for business.

“In Irish Water, we are continually working with our local authority partners to look at what we call the supply/demand balance. This means that we need to ensure that we can supply more treated drinking water than is required for use. We can manage this by conserving water; losing less by repairing leaks; and supplying smarter by ensuring that all of our plants are working optimally.”

This week, there were 5,548 people who claimed the PUP in Louth
ADVERTISEMENT - CONTINUE READING BELOW