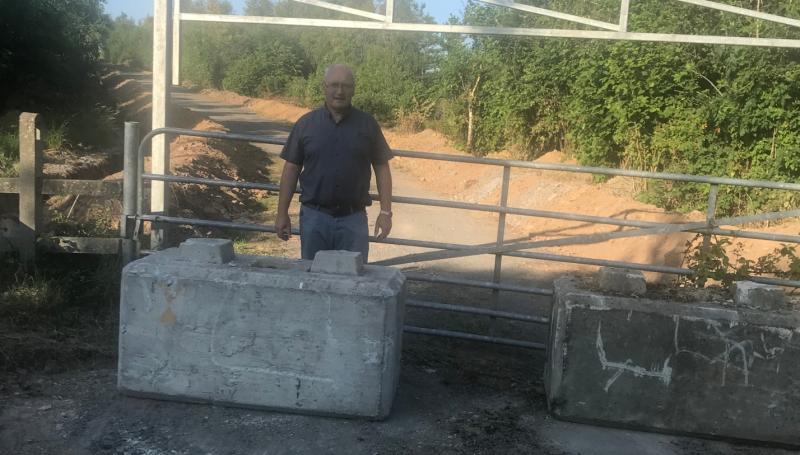 Councillor John Reilly has asked if land owned by the Louth County Council can be used for a pumping station.

Cllr Reilly said he recently became aware that Louth County Council own a small plot of land adjacent to the M1 motorway at Balragan in Kilcurry.

He has asked Louth County Council and Irish Water if this is a suitable site for a pumping station.

Cllr Reilly said that over the last 12 months, he has made several representations to Irish Water.

They said the water mains can not be extended out to the Kilcurry area without a pumping station, according to Cllr Reilly.

The mains water currently passes this property for approximately another 60 meters and currently all the local households are depending on a well supply.

Every week, Cllr Reilly claims, people are knocking on his door looking for grants for a new well.

So many other households are forced to conserve water over the summer months in fear of their supply of water running out, he said.

Cllr Reilly said he would be failing in his duty as a public representative in that area to not to campaign on this issue which has been going on for many decades.

"Irish Water have been sitting on the fence on this issue", he said.

"I am appealing to Louth County Council to put more pressure on Irish Water who are neglecting a very large section of the population in north Louth not only in the Kilcurry area, but in Faughart and Ravensdale as well.

"If this site is suitable for a pumping station, I am determined to put as much pressure to facilitate the local community having the choice of a mains water supply in 2021.

"Surely this is not too much to ask for."