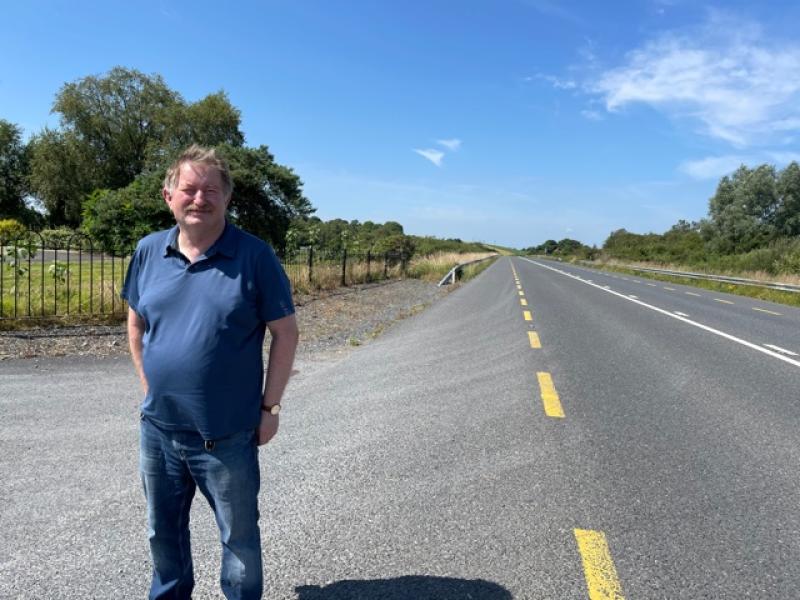 Sinn Féin Councillor Pearse McGeough has raised concerns about a stretch of road between Dundalk and Carrickmacross describing it as "an accident waiting to happen".

According to Cllr McGeough there has been a number of ‘near misses’ and he told Gardaí at the recent Joint Policing Committee meeting and in follow-up correspondence that he would like to ensure those ‘near misses’ don’t become something worse.

The road in question is a straight stretch of the R178 Dundalk-Carrickmacross Road at Essexford.

Cllr McGeough said: “Speed is an issue as it’s the only straight stretch between the towns.

"The speed limit is 80km and I welcome the positive response from the Gardaí Inspector who is familiar with that stretch of road and has requested that the Divisional Roads Policing Unit conduct regular speed checks in the area.”

A further concern that Cllr McGeough raised, this time with Louth County Council, is that vehicles coming from the Carrickmacross direction and turning right into a busy business premises along that stretch of road, are “taking their lives in their hands in doing so.”

Cllr McGeough said: “The Engineering business has a steady flow of trade all day long and those vehicles that have to stop, wait for oncoming traffic to pass before turning right across the left lane into the business are in danger of being struck by traffic coming behind them.

"Vehicles are speeding along this stretch and suddenly there is a car indicating and waiting to turn right.

"There are currently no road markings to allow a vehicle to sit and wait, merely a broken white line that legally allows you to cross it.”

"But unfortunately they have confirmed to me that the stretch of road in question is newly constructed and has been realigned to current standards and there was nothing they could do", he said.

“At this point in time, with no road markings into the engineering business I would ask that drivers slow down and watch for vehicles turning right into the premises and I welcome any efforts by the Gardaí to enforce the speed limit in the area.

"I just hope that it is enough to avoid any accidents taking place.”