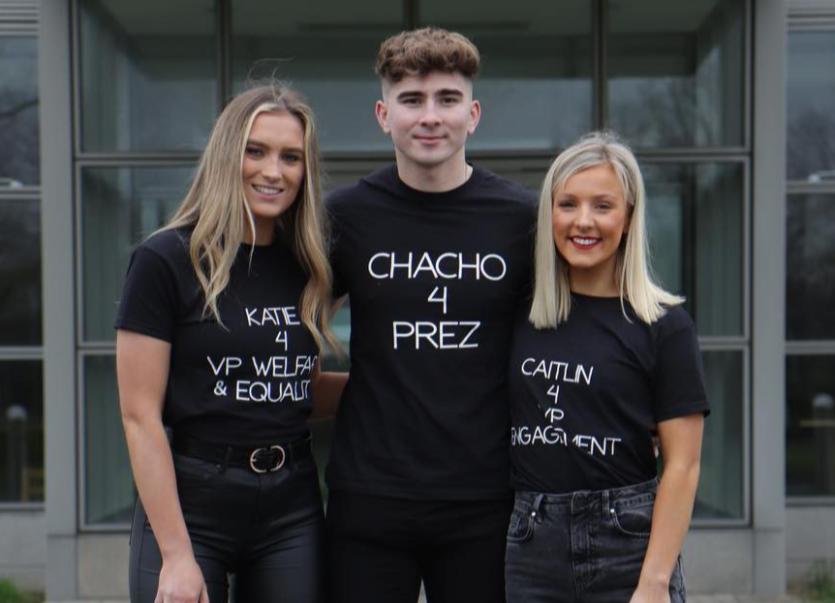 Dundalk IT’s new Students’ Union began its term in office just two weeks ago, with the new team having aspirations to get students back to campus and reengaging with the Union after a year of online lectures.

Mr O’Neill says that the team are gearing up for the year ahead and that the group work well together due to their long friendships.

“We decided as the country seems to return to normality, we can try and be that proactive union and engage a lot more with students than we have done even in previous years,” said Mr O’Neill.

“We do have a lot of plans. We want to get campaigns and events up and going if we can do so.”

One of the challenges for the SU team will be getting students engaged with college life after a year of Zoom lectures and very little time on campus, with Mr O’Neill saying that the majority of first-year students only had six hours on campus last year.

Ms Connor says that the team are planning to use social media to engage with students, rather than over email, with all three officers having dedicated Instagram accounts for their individual roles.

She says that last year, due to the online college experience, when students were finished with work they wanted to completely disengage from DKIT, so emails weren’t the ideal way to engage with students.

According to Ms Connor, based on what Mr O’Neill had done last year with social media as VP for Engagement, they would use that as their base for communications and engagement.
“Social media is a driving force in people’s daily routine. I think we need to adapt to that and respond to that,” says Ms Connor.

“This year we’re hoping to have a bit more of a social life in person [for students], so actual events on and off-campus.”

“We want to bring the buzz to the campus,” said Mr O’Neill.

“I find that as a sabbatical officer we have to make the student experience the best it possibly can be and I think that’s going to be our whole approach.”

For students returning to the campus, or arriving at it for the first time, Ms Ryan says that she wants to ensure that all students find their feet at DKIT quickly.

“Students have been off campus for a year-and-a-half now so the transition back into college now is going to be a big thing for them, from a social anxiety sort of thing,” said Ms Ryan.

“A lot of people have been sticking to just their families, their close friends, they haven’t been out in a big environment.

“It’s a new experience for a lot of people.”

The group are also planning on engaging with the Union of Students in Ireland (USI) on student issues and campaigns around education and Technological University (TU) status for DKIT.

One of the main campaigns Mr O’Neill mentions is the USI’s Education for All campaign, which seeks to lobby the government when they are drawing up the budget to remove barriers to third-level education, like the abolition of fees or the reform of student supports.

“That’s a campaign [Education for All] that we will always support. Education in this country is a bit of a privilege at the minute, when it should be a right,” said Mr O’Neill.

TU status for DKIT is another issue that the SU wants to get involved in, but Mr O’Neill says all the union can really do is voice their support and get behind the proposals.

“As a union, there’s not really much we can do but support and voice our opinions as much as we can. Unfortunately, we’re not the ones sitting around the table and negotiating these deals.”