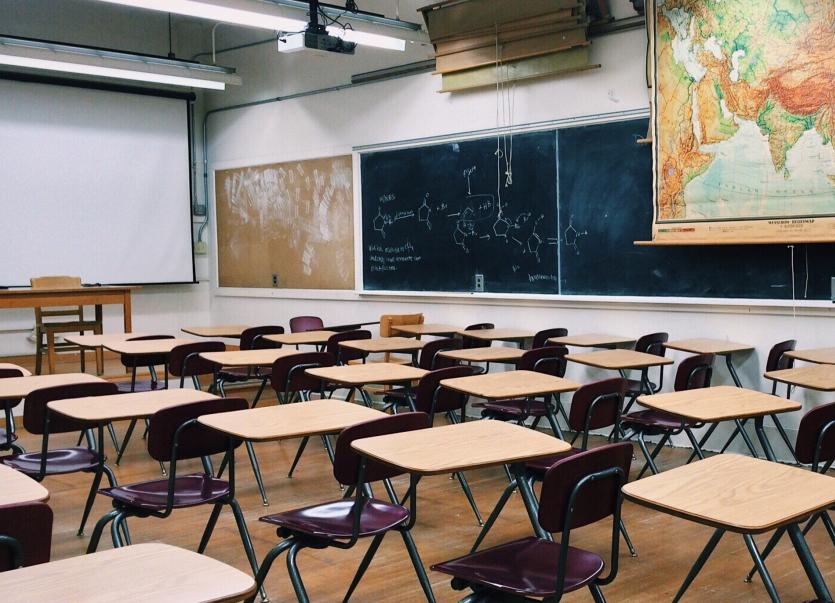 The INTO has called for reduction in class sizes for 2022

The Irish National Teachers’ Organisation (INTO) has called on the Government to reduce class sizes in schools across Louth and nationwide.

The INTO made the call for reduced class sizes as part of a pre-budgetary submission to the Government, several months before Budget 2022 is set to be revealed by Finance Minister Paschal Donohoe and Public Expenditure Minister Michael McGrath.

The group said that Irish primary school classes remain the highest in the EU.

“Too many pupils in Louth still learn in a classroom of 30 or more pupils, with one in five pupils nationally learning in such crowded environments,” said a spokesperson for the INTO.

“At the height of the pandemic, Ireland was the only EU country that had to plan for social distancing in supersized classes of thirty or more.

“Research shows that smaller classes enable teachers to give adequate and necessary time to each child in the classroom, which has a positive impact on learning outcomes.”

According to the INTO, reducing the size of classes will help promote inclusion and diversity, while also catering to a range of different learning styles.

The INTO has said that reducing the number of students by one would cost €14.5 million in a full year, while only costing €4.8m in 2022. The figures set out by the INTO come from a Dáil question response from the Minister for Education, Norma Foley.

The INTO are also calling for more substitute teachers, to ensure that students are always being taught by a qualified teacher throughout their time in school.

“Nationwide substitute supply panels are essential to achieving this. A supply panel involves a base primary school hiring a full-time substitute teacher, who covers absences in their school and neighbouring schools, thereby guaranteeing every absence is covered,” said the spokesperson.

The group have said that the government introduced a nationwide panel during the pandemic and that Budget 2022 should ensure this is kept into the future.

There have also been calls by the INTO for the government to improve school funding in general, to stop schools needing to fundraise for lighting, heat and insurance.

“It is simply not good enough that the parents of Ireland have to contribute nearly €50 million every year to keep primary schools afloat.

“As the government has said repeatedly during the crisis, primary education is a national priority. It should therefore be fully, not partially, funded.”

The organisation are calling for a capitation grant of €1 per student per day to cover daily running costs.

“As we move out of the pandemic, we need to invest in our primary schools as they play their role in the great national effort supporting their pupils, some of whom have sadly fallen behind,” said INTO President Joe McKeown.
“While it will be easy for Government to roll out short term sound bites, sustained support for the sector is the only proven method for ensuring pupils and schools are supported in the years to come.”