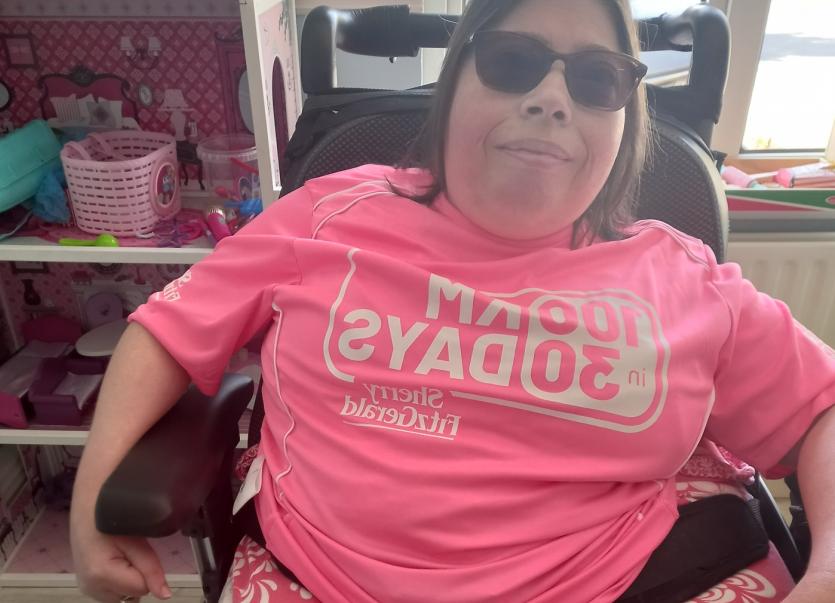 A Dundalk woman with a physical disability has completed a 100k challenge to help raise money for Breast Cancer Ireland.

Alma Carroll, who wanted to prove that her disability wouldn’t hold her back to herself and others, completed the 100k challenge across June.

According to Alma, her best friend Cara was diagnosed with cancer and when a 100k challenge was set up by her friend’s husband, she didn’t think that she’d be able to take part due to using a wheelchair.

“I’ve been using a wheelchair since I was born and I always thought to myself that I just couldn't take part. I was negative, saying to myself that there are too many obstacles in the way,” said Alma.

“But no, there isn’t, you just have to look around, and look at what you can do for yourself and what you can’t.”

Alma says that she wanted to prove to other people with disabilities that they could take part too.

“I proved to myself that I could do it – and I did it. I wanted to prove to other people with a disability that they can do it too, whether they are in wheelchairs, or use walking aids,” said Alma

“If they get tired, they can take days off. That was my thing – people that didn’t think they could actually do it, I was proving to them – if I can do it, so can you.”

Alma said that she was happy to do the challenge in aid of Breast Cancer Ireland, saying that cancer has affected people all over the country, young and old.

“It made me happy that I could do it for people that had cancer, like my best friend and for other people that cancer has affected, people that are young, old, aunties and uncles. Some may have passed away, and some have survived.”

For Alma, she says that throughout her time working on the challenge, there were people there to help support her, like her mother Joan, her sister-in-law Ciara or her carer Bernie.

“My sister-in-law Ciara was the one that really encouraged me and helped me. She said: 'if you want something, you’re so headstrong, I don’t know what’s stopping you. If you’re saying you want to do it, do it’,” said Alma.

“My carer Bernie, she did the walk in the mornings with me as well, she likes it too, and my Mum Joan has been doing it too. It’s a good support circle and I appreciate Bernie, Ciara and my Mum going out on the walks with me.”“Now that the challenge is over, I've found out that I've come third in my category and I will be receiving a gold medal soon.

“I’ve never done a challenge like this before. I’ve come so far. I would say to other people that have a disability: 'Don’t be terrified. Do it your way'. I have found my own strength."

The 100k in 30 Days fundraiser for Breast Cancer Ireland raised an astonishing €1.67 million.

Niall and his wife Cara, who was diagnosed with breast cancer just before Christmas 2019, launched the event last year to raise funds for Breast Cancer Ireland.