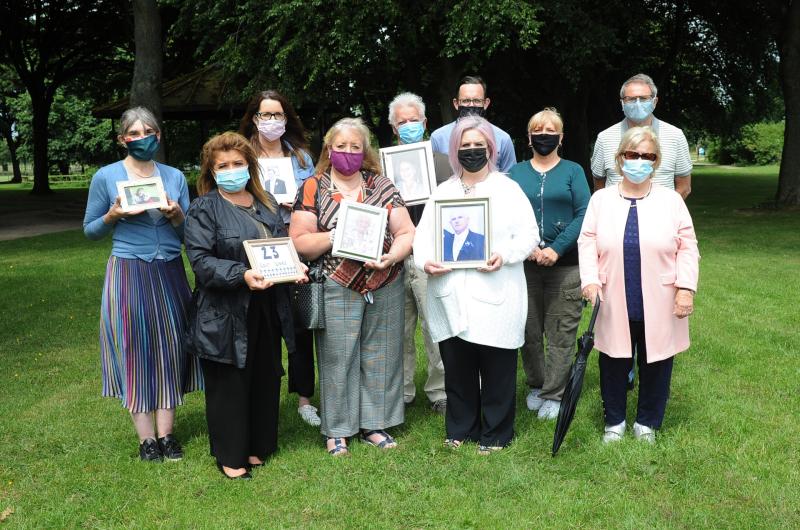 Louth TD’s have criticized the government’s response to calls for an inquiry into the deaths of 23 residents of Dealgan House in April 2020, with one Deputy labelling it a “whitewash”.

Fine Gael’s Fergus O’Dowd and Sinn Féin’s Ruairí Ó Murchú both raised questions about the nursing home in the Dáil last week, with both deputies calling for a public inquiry.

In response to the queries raised by both deputies about a public inquiry, Minister of State for Older People, Mary Butler said that the pandemic had not yet concluded, and that the Government was working to manage the current response to Covid-19.

“It must be recognised that the pandemic has not concluded and at this time a priority focus of Government remains on the ongoing management of the Covid-19 response to ensure that the positive gains now being experienced are preserved and that those most vulnerable to the virus continue to be safeguarded in light of the residual risk,” said Minister Butler.

“I am very aware that listening to families can bring great learning to many situations.

“While we are still dealing with a degree of risk in nursing homes due to Covid-19, we are continuing to look at options which may be available to the State in listening to the voices of those who have lost a loved one.”

“I have to say I am deeply unhappy and I cannot accept what the Minister of State is putting before us this evening. It is a whitewash. It is unacceptable. It is insulting, most of all to those families who have fought tooth and nail,” said Deputy O’Dowd.

“They have had no closure and will not get it until there is a fair inquiry into the failure of management, into the weak policy of legislation and the weak regulation.”

Ann Cleary, who had a member of her family pass away in Dealgan House last year, said that the response by Minister Bulter was “hugely disrespectful” to the families who lost loved ones.

“I think that the Ministers response was hugely disrespectful,” said Mrs Cleary

“She tried to deflect from the blatant evidence that an inquiry is needed.”

Deputy Ó Murchú said that there were questions that needed to be answered, not just by Dealgan House, but by the HSE, Health Information and Quality Authority (HIQA) and the RCSI Hospital Group, who took over Delagan House in April 2020.

Minister Bulter referenced two inspections carried out by HIQA in the nursing home in May and September of 2020, saying that the regulatory body was satisfied to re-register the service provided they implemented several conditions.

Mrs Cleary said that these were “red herrings” by the Minister, saying that HIQA are unable to investigate what happened in Dealgan House during April 2020.

“The Minister knows full well none of these bodies can inquire or investigate and that there has been no inquiry into events at Dealgan House in March, April & May of 2020 and that we have no satisfactory explanation,” said Mrs Cleary.

“HIQA carry out inspections and do not have and never claimed to have the authority to inquire into historic events and circumstances at Dealgan House. They have consistently pointed out the limitations of their remit to Government.

“The events at Dealgan involve multiple parties - a private business, HIQA, a number of parts of the HSE - any inquiry has to compel evidence from all parties and this requires a process independent from all of these entities.

“The Minister’s response simply does not stand up to any scrutiny.”

In response to Minister Butler’s statement on Dealgan House, Deputy Ó Murchú said that a “public inquiry is the only thing that will give an answer to these families who deserve it”.

Deputy Ó Murchú added that there needed to be both a timeline and a mechanism set out for an inquiry to be held and that the onus was on both Minister Butler and Minister Donnelly to put that in place.

“The onus is on the Minister of State and the Minister, Deputy Donnelly, to go back to those families and give them that mechanism. We cannot continue as we are. If there are logistical reasons it cannot happen now, and I cannot see that it cannot, we need to give the families a timeline.”

Both Deputy Ó Murchú and Mrs Cleary said that HIQA have raised their own concerns surrounding their strength as a regulatory body, and that they have called on the Government to give them stronger legislative powers.

Dealgan House Nursing Home have previously told the Democrat that they would support an inquiry into their nursing home during the first wave of the pandemic last year.