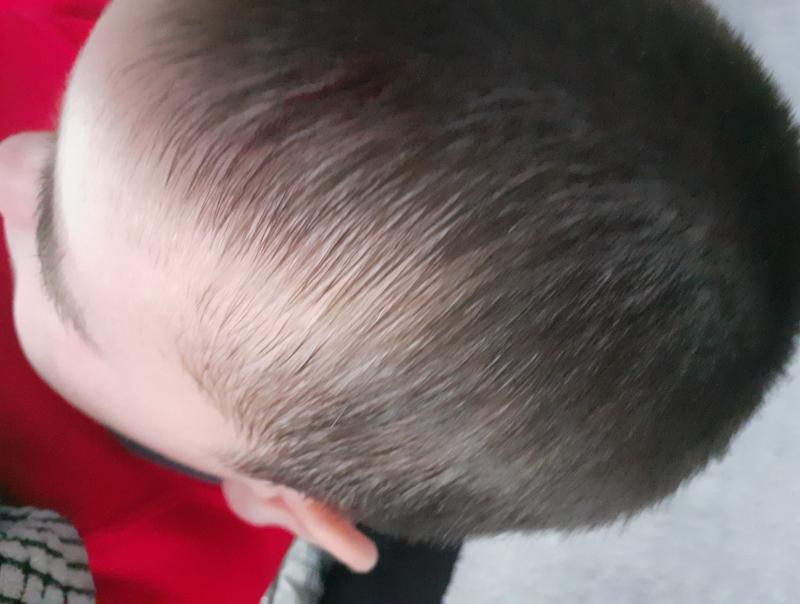 Young Shea Waller cut his head when the doorframe fell

Concerns have been raised about the repairs needed on some council houses after a part of a doorframe broke off and injured a young child.

The incident occurred in a council house in Muirheavnamor, where the current tenant says that the council have not been providing the necessary repairs to the building.

The six-year-old child, Shea Waller, was hit on the head by a piece of a doorframe and had to be taken to hospital to have the wound glued.

Edel Waller, the boy’s mother, said that panic had set in when she realized that he had been

hurt and was bleeding from the injury.

“There was panicking and screaming, then rushing for the first thing you could grab just to stop the blood,” said Mrs Waller.

“The worst-case scenario is that he could’ve been dead.”

The injury occurred due to a falling piece of wood off of a doorframe, with Mrs Waller saying that there are other parts of her home that need to be repaired by Louth County Council.

Mrs Waller, who lives in Muirheavnamor, says that she is currently living in a re-let house and that when she first moved in there were no repairs done to the house.

“They just handed me out my key and I was put into this house. There were no repairs, no nothing,” said Mrs Waller.
“Life is just falling down around me.”

“We need proactive repairs and should have been doing this for years,” said Cllr Meenan.

According to Meenan, the current state of some council houses in Dundalk are the worst they have been in 20 years, with little funding being put into them, some of which are so bad that Cllr Meenan believes they should be condemned.

“We have houses in Muirheavnamor that should be condemned.”

However, Cllr Meenan does acknowledge the funding constraints of LCC, saying that this is an issue that needs to be examined at a national level by the Government.

Mrs Waller says that immediately after, her feelings of panic and worry turned to that of anger at the council.

“If they maintained their houses this wouldn’t have happened… Does it take for somebody else to be seriously injured to act upon repairing their houses?” said Mrs Waller.

“Our policy and practice is to respond to maintenance requests as soon as is practical usually within a short number of working days subject to resources and budgetary constraints.

“Where a matter is considered urgent or the nature of the maintenance request is such that a possible danger may arise an immediate response would be actioned.”

According to the Council, they do not perform maintenance on any tenant who is currently in rent arrears, with Mrs Waller telling the Democrat that she has always paid her rent on time.