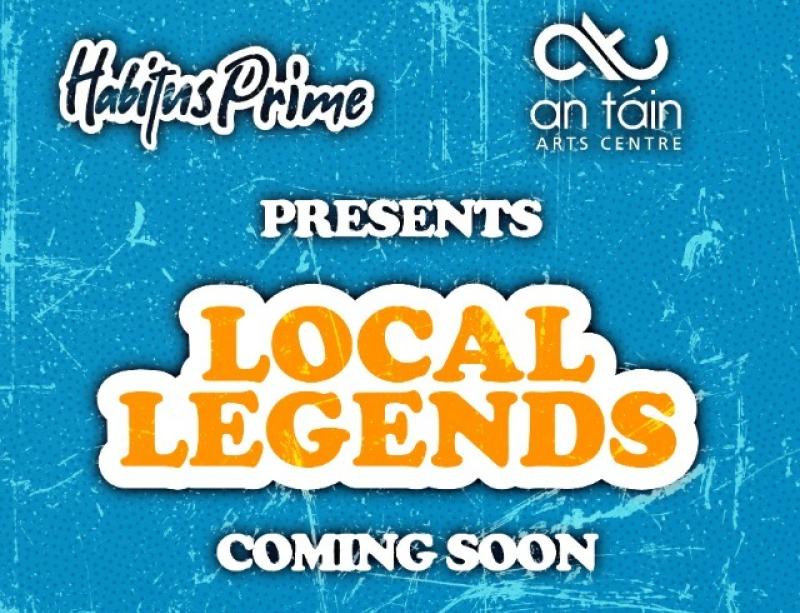 An Táin Arts Centre has announced the unveiling of a new public art installation by HabiTus Prime.

The all new ‘Local Legends’ series, is a collection of figures, packaging, and artwork celebrating the people in our community in a fun and positive way, created by HabiTus Prime and commissioned by An Táin Arts Centre, we bring you 10 Legends and pack them up like little 3.75 inch toy figures.

Habitus Prime is the pseudonym for artist Stephen Hurley. Stephen is a mixed media artist based in Dundalk.
After working in the painting and decorating industry for about a decade, he went on to study in LYIT graduating with a B.A. in Graphic Design and a B.A. Hons in Visual Communications.

Since then he has worked as a graphic designer, while continuing with his artistic practice. Stephen works with a variety of media, painting, illustration, photography, videography, he is also a member of the Creative Spark print studio.

Paul Hayes, Director of An Táin Arts Centre says of the project “This continues our innovative OFF-SITE programme. We are really excited to be working with Stephen for the first time, a young artist of great promise, who has come up with an idea, which we think the Dundalk public are really going to enjoy.”

The exhibition will be installed in the front window of the old Tommy the Bikes premises on Earl Street.

Join in on An Táin Arts Centre’s Facebook page at 7pm on Thursday, July 1 for the official unveiling and find out which “Local Legends” have been immortalised in toy form. The installation will run until July 25.

This is a free event presented by An Táin Arts Centre. A donation will help them continue supporting artists and presenting creative projects in the community.