Narrow Water Bridge plans welcomed across the board in Louth 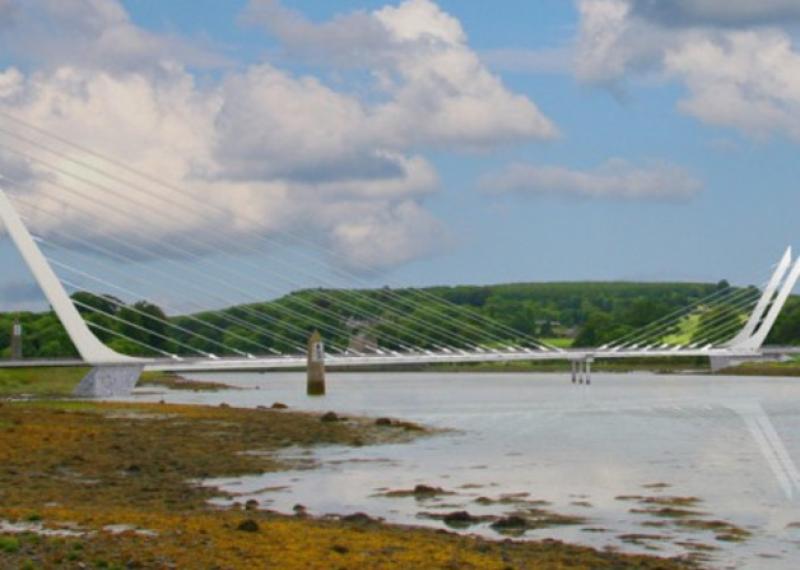 The decision to provide €3 million worth of funding for the Narrow Water Bridge has been warmly welcomed across the board in Louth.

Both councillors and community groups have welcomed the commitment by Taoiseach Micheál Martin to fund the project, with the current funding allowing the project to reach the tender phase.

The project, which is to construct a 280-metre bridge between Cooley and Warrenpoint, is expected to begin construction in 2023.

The Narrow Water Bridge Community Network have welcomed the commitment by the Taoiseach, but say that the “painful memories” of the project’s collapse in 2013 remain in the memories of those in South Down.

“We at the Network would like to make it clear that the NarrowWater Bridge has been many years in the making and we are not there yet,” said a spokesperson for the group.

“The painful memories of the catastrophic 11th-hour collapse of the project in 2013 are still fresh in the South Down area.”

Fianna Fáil Cllr Andrea McKevitt says that the project will allow for more tourism opportunities when it is completed and link the Mourne Mountains with the Cooley peninsula.

“The renewed financial commitment to this project, really portrays our Government’s determination to deepen and strengthen cross border relations and this financial backing is a reflection of just that,” said Cllr McKevitt.

Sinn Féin Cllr and joint chair of the Louth, Newry, Mourne and Down Strategic Alliance, Antoin Watters also welcomed the funding for the bridge, saying that it would provide a huge boost to the Cooley area.

However, Cllr Watters has said that the project needed to be moved on sooner rather than later.

“Whilst I welcome the €3 million from the Shared Island Fund I would ask that the government get a move on with this Project, building costs are increasing and Cooley has already missed out on years of boosted tourism. This cannot be allowed to be another false start,” said Cllr Watters.

According to Cllr Watters, there was previously €17.4 million worth of Interreg funding for the project lost due to issues with stakeholders, and that issues like that should not happen again.

The current plans for the bridge will see it be a 280-metre long bridge, with capacity for both cyclists and cars.

Additional funding is set to be provided for the project when the final cost is determined, according to the Department of the Taoiseach.