Louth pharmacists set to get involved in vaccine rollout 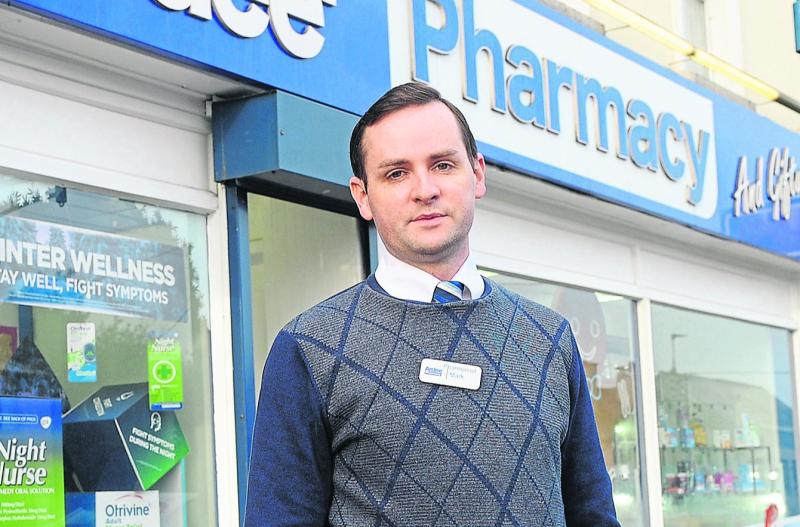 Pharmacists in Louth look set to get the green light to begin administering Covid-19 vaccines within the coming days.

It comes after Health Minister Stephen Donnelly announced in the Seanad last week that pharmacists will play a role in the vaccination centre beginning early this month.

Since the beginning of the rollout, only GP’s or mass vaccination centres have been used, but now Ardee pharmacist Mark McPhilips is “delighted” to be acknowledged by the government as a vaccinator.

McPhilips, who owns and operates Ardee Pharmacy, said that he’s looking forward to getting people into his premises and to begin administering jabs.

“I’m delighted that we're going to be included in this,” said McPhilips, adding that he was excited to help do his bit to get more people fully vaccinated.

McPhilips said that while there aren’t complete details available at the moment, pharmacists are itching to get to vaccinating.

“Most pharmacists are trained vaccinators at this stage… people are used to being vaccinated by their pharmacist,” said McPhilips, speaking to the Dundalk Democrat.

According to McPhilips, by allowing pharmacists to work on the vaccine programme, it will provide more options to people who don’t live near a mass vaccination centre.

“It gives more people the option of getting a vaccination within their own community,” said McPhilips, saying that it would be especially helpful for those who are either elderly or disabled.

On some of the benefits, McPhilips said that due to the flexible opening hours of many pharmacies, vaccinations could be done at different times of the day, whether that’s early morning or late in the evening.

McPhilips also believes that it will help increase the speed of the vaccine rollout, saying “every little helps” to get shots into arms.

“The more hands on deck to vaccinate and the more slots for patients to get vaccinated is a good thing,” he continued.

McPhilips previously told the Dundalk Democrat that he was considering the use of either a church hall or a community centre to help with the rollout, as well as increasing his own staff levels.

“We are planning to extend our opening hours and increase our staff levels to facilitate administering the vaccine to local people,”

There are a total of 65 community pharmacies in Louth, according to the latest figures from the Pharmaceutical Society of Ireland (PSI).

It comes as Pfizer recently announced that Ireland would be receiving additional Pfizer/BioNTech vaccines before the end of June.