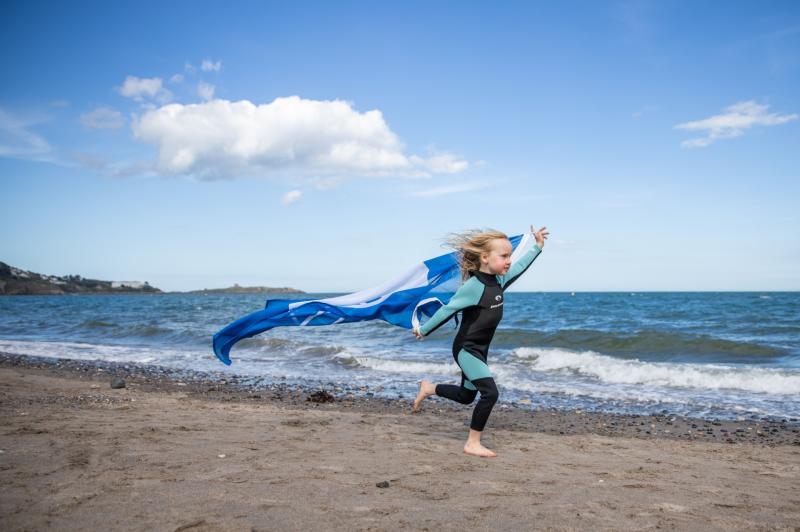 Templeton beach has retained it's Blue Flag status as we head into the summer swimming season.

Temptleton/Shelling Hill beach was among the record 83 beaches that were awarded the Blue Flag today, Tuesday May 25th.

The three Louth beaches have now held a Blue Flag every year since 2009.

The Blue Flag award is given to beaches and marinas that have excellent water quality and also maintain other standards including safety standards.

It is an international award which is operated in Ireland by An Taisce.

Today the 83 beaches and 10 marinas being awarded the Blue Flag for the 2021 season were announced by Mr. Ian Diamond, Coastal Awards Manager with An Taisce’s Environmental Education Unit.

One of the world’s most recognised eco-labels, since it began in France in 1985, Blue Flags were awarded to 19 beaches and two marines when Ireland joined in 1988

And it has now risen to a record 93 Blue Flags for clean beaches and marinas have been awarded - 83 beaches and 10 marinas this year.

Ian Diamond, Coastal Awards Manager for An Taisce, speaking at the virtual Blue Flag and Green Coast Award presentation ceremony said:“I would like to thank and acknowledge the work of the Local Authorities and marina operators for all their efforts in ensuring that the sites being awarded this year have achieved the excellent standards required by the Blue Flag.

"I would also like to commend the many thousands of Clean Coasts volunteers who make an invaluable contribution to the protection of Ireland’s coastal environment, not just at the beaches receiving a Green Coast Award today, but all along the coastline and along riversides, canals and lakeshores inland. Without the collaborative approach to beach management demonstrated by Local Authorities and Clean Coasts groups around the country the Green Coast Awards would not be possible".

The six beaches achieving both the Blue Flag and Green Coast status are Portmarnock in Fingal; Salthill and Silver Strand in Galway; Ballinskelligs in Kerry, Inchydoney East Beach in Cork and Rosses Point in Sligo.

Both Ballymoney North Beach in County Wexford and Bertra in County Mayo failed to retain Blue Flag status this year.