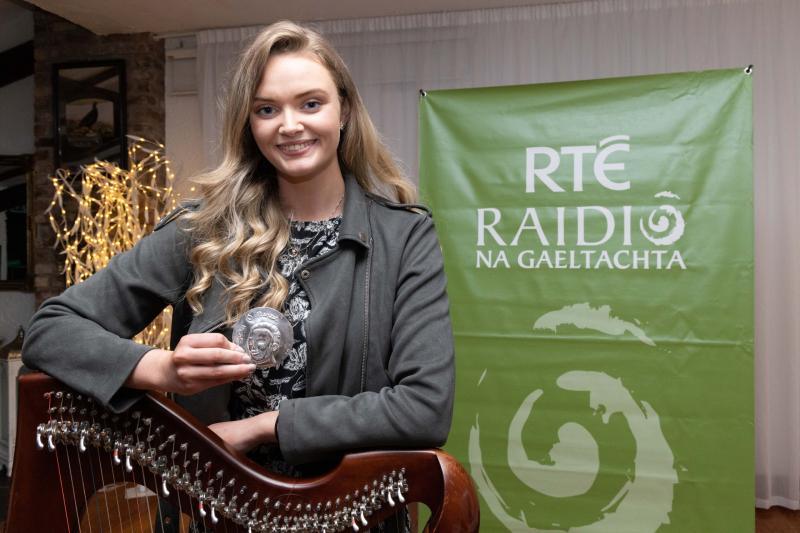 Each year the competition focuses on different traditional music instruments, and this year it was for harp and pipes.

The final was presented by broadcaster and composer Peadar Ó Riada on his RTÉ RnaG show, and the judges were esteemed musicians Mick O’Brien, Laoise Kelly and Michelle Mulcahy. The winners were presented with the Seán Ó Riada Gold Medal and €2500 each for their win.

Fionnuala Donlon, 22, from Redbarns Road comes from a musical family and started playing harp at nine years of age.
She has won numerous All Ireland medals for her playing, and won the Senior Harp trophy at Fleadh Cheoil na hÉireann in Drogheda in 2019.

She has taken part in the Comhaltas tours of Ireland, and her music has brought her to places such as France, Germany and Bangkok.

Fionnuala said: “Being in the final was a great motivation to keep me playing music for myself over these last few months, it kept me focused.

"Winning this is such a great boost after a difficult year, I’m really delighted. I’m looking forward now to getting back playing music with people in the coming months.”

Donnchadh Mac Aodha from Dundalk also took part in the competition this year.