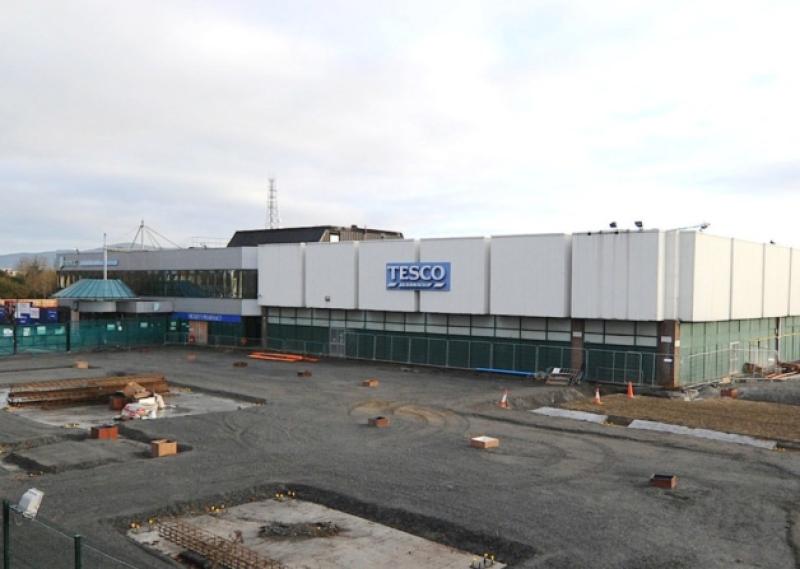 What once was the old Dundalk Shopping Centre on the Ramparts has taken on a greater cultural significance in recent years, thanks in no small part to the local lords of Twitter - the DMD (Dundalk Municipal District) - and the general misty-eyed love of all things nostalgic of late.

What is it about my generation (I think we are millennials?) and the yearning for the days and places of our childhood?

Perhaps it’s something that happens to all generations at a certain stage in their lives.

The advance of time and age brings with it the desire to not go gently into that good night. To retreat back to an easier, simpler phase of our existence.

For many of us it’s really because these memories of beloved places long gone, are safe places.

Places we can control within the architecture of our own memories.

We can glory in those moments repeatedly and present them in the best possible light whenever we want. They are a calm, mindful break from the frantic, digital, always-on world we inhabit now.

There was no mobile phones, internet or, heaven forbid, Sunday shopping back then.

The old shopping centre – which was eventually knocked down to make way for the Tesco Extra - was a remarkable place for a child of the late 1980s/early 1990s to explore.

My first broken shard of a memory of the centre is of me and my sister going to see a film in the cinema that used to be housed at the side of the building.

The film? I can’t honestly remember.

But if I was to take a wild stab in the dark, it might have been a reshowing of Disney’s Cinderella?

For a town which was more 1950s than 1980s, the old Shopping Centre, for a time, represented the future of retail for many of us here in Dundalk.

It was our slice of New York retail cool right here in Dundalk.

The innocence of being dumbfounded by an escalator is still something I can giddily feel today.

‘What do you mean you just stand still, and it brings you to the upper floor?!’

And it was on the upper floor that this young man’s eyes truly lit up.

I reread a ‘My Dundalk Life’ Democrat interview with the previously mentioned DMD from two years ago, and a recollection from the piece brought me almost immediately back to the late 1980s and in particular, the upper walkway in the old shopping centre:

“What’s your first memory of Dundalk? Being in Top Drawer in the Shopping Centre buying plastic soldiers while my mam was next door having coffee with a friend.

The ghostly, spectral sounds of Wham’s “Last Christmas” echoing in from outside.”

The strange collective similarity of this memory, by someone I never knew, really struck me.

That memory is exactly my memory.

It’s like it was excised directly from my mind. There’s a very good explanation for it, of course.

Wham’s ‘Last Christmas’ was perhaps one of the more popular festive favourites – still is, in fact – at that time and was probably pumped out of the shopping centre’s in-house radio several times a day during the Christmas season (I’m sure there are still former centre employees who shiver and clench their fists whenever they hear it today).

Also, most, if not all children of that era would have been dragged along by their parents during the mad, dash Christmas shopping rush in the lead up to the big day.

Also, the DMD, I am fairly certain, is a male - or males - around the same age as myself.

But, all that aside, reading the above extract filled me with a warm, fuzzy sense of happiness.

I can perfectly visualise exactly where Top Drawer was: up the escalator and to your right hand side, with Carroll’s newsagents tucked into the corner beside it.

It was, before we had greater access to the commercial behemoth that was Toymaster, a place where toys and hobbies of all sorts lay strewn across shelves, ready and waiting to be discovered.

I was a huge fan of Airfix models. And it was in Top Drawer where I purchased my first ever one: a 1:72 scale Grumman F6F hellcat fighter aircraft.

It was a World War II single-seater.

Another time I bought a set of Airfix toy soldiers. These were from the American War of Independence and I remember, clearly, the long, painful hours spent trying to paint the blue and white uniforms onto these tiny plastic soldiers.

Right next door to Top Drawer was Carroll’s bookshop and newsagents, which had a very futuristic mirrored staircase which led you downstairs to the newsagent’s section below.

Carroll’s seemed, to my young eyes anyway, to house practically every book that had ever been published.

Along it’s floor-to-ceiling shelves were nearly every genre of literature you could ever want; plus copy books, wrapping paper, cellotape and everything else in between.

Having bought all I needed from both shops, my grand auntie, Irene, bringing us on our once weekly trip, would bring us across the gantry to the coffee shop on the opposite side of the centre.

Here I would, without fail, ask for a glass of coke which came from the ‘gun’ and a Tunnock’s teacake.

We’d sit, me, my sister and Irene; she’d puff on a cigarette and I’d marvel over the Airfix I had just bought (with my own pocket money, thank you very much) and we’d watch the shoppers outside drift along the walkways.

After the coke and teacake, we’d depart the centre and head back to my grandparents’ house on Bachelors Walk.

We’d pass Martin’s newsagents not far from the top of the Walk, on an almost always busy Clanbrassil Street.

Despite the treasures just uncovered at the old shopping centre, I’d pop in and briefly marvel at the matchbox dinky cars and the latest issue of the Tree of Knowledge (Google it), alas, that Aladdin’s Cave of long-forgotten local retail lore is a story for another day.