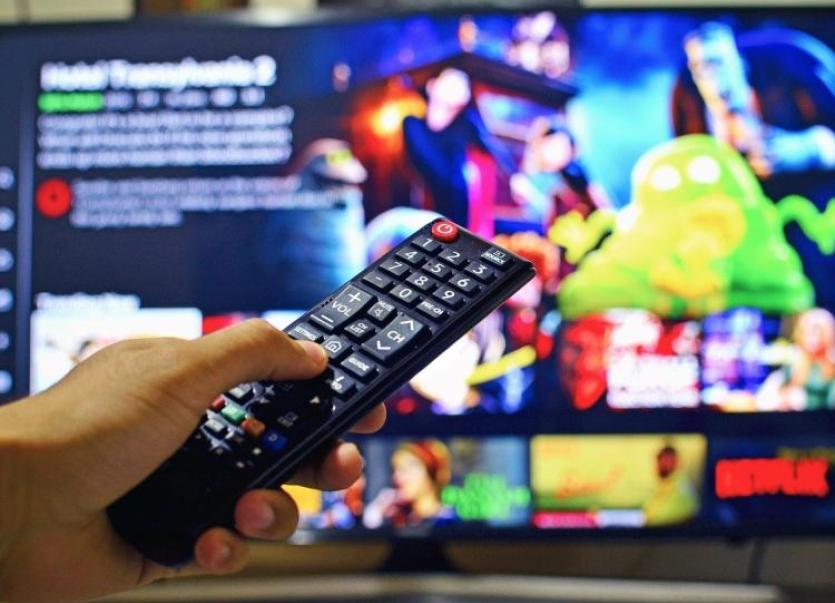 Another weekend of Covid-19 restrictions, another new batch of arrivals on Netflix to keep us entertained.

Here's what's new on the streaming platform this weekend:

The limited series Halston follows the legendary fashion designer (Ewan McGregor), as he leverages his single, invented name into a worldwide fashion empire that’s synonymous with luxury, sex, status and fame, literally defining the era he lives in, 1970’s and ‘80’s New York — until a hostile takeover forces him to battle for control of his most precious asset… the name Halston itself.

Oxygen is a French survival thriller directed by Alexandre Aja. The film tells the story of a young woman (Mélanie Laurent, 6 Underground, Inglourious Basterds), who wakes up in a cryogenic pod. She doesn’t remember who she is or how she ended up there. As she’s running out of oxygen, she must rebuild her memory to find a way out of her nightmare.

The Woman in the Window

Anna Fox (Amy Adams) is an agoraphobic child psychologist who finds herself keeping tabs on the picture perfect family across the street through the windows of her New York City brownstone. Her life is turned upside down when she inadvertently witnesses a brutal crime. Based on the gripping, best-selling novel adapted by Tracy Letts, shocking secrets are revealed and nothing and no one are what they seem in this suspenseful psychological thriller starring Amy Adams, Gary Oldman, Anthony Mackie, Fred Hechinger, Wyatt Russell, Brian Tyree Henry, Tracy Letts, Jennifer Jason Leigh, and Julianne Moore.

Most people have a complicated relationship with money -- anxious, reckless, avoidant, or obsessive. And because it’s taboo to talk about money, we might not realize how normal we are. But "Money, Explained" puts it all out into the open: the ways your credit card might be screwing you; how student loans became a crisis; why most of us won’t be able to save enough for retirement; and how we get tricked into bad gambles and even worse scams. The series breaks down the weaknesses we all share when it comes to money, the devious ways they're exploited, and the best strategies out there to navigate it all.

From wild adventures on far-flung planets to unsettling encounters close to home: The Emmy-winning anthology returns with a crop of provocative tales.

Love, Death & Robots is a blast of the future with its roots deep in the past. Show creator Tim Miller teamed up with director David Fincher after years of wanting to make adult animated features and short films at his animation house Blur Studio. When his directorial debut DEADPOOL hit big, they saw their opportunity and the anthology series found a natural home at Netflix. “We couldn’t have been happier at the response to the show,” recalls Miller, of the excitement around season one and the appetite for more. “It was exactly the kind of passionate reception from animation fans David and I hoped for, but for many long years had been told wouldn’t happen.”

Bennie Upshaw (Mike Epps), the head of a Black working class family in Indianapolis, is a charming, well-intentioned mechanic and lifelong mess just trying his best to step up and care for his family — wife Regina (Kim Fields), their two young daughters (Khali Daniya-Renee Spraggins, Journey Christine) and firstborn son (Jermelle Simon), the teenage son (Diamond Lyons) he fathered with another woman (Gabrielle Dennis) -- and tolerate his sardonic sister-in-law (Wanda Sykes), all without a blueprint for success. But the Upshaws are determined to make it work, and make it to the next level, together.

A menacing mansion. A haunting melody. A demonic cat. More real people share scary stories from their past — and the truth is terrifying.

I Am All Girls

Before he built a drug empire, Ferry Bouman returns to his hometown on a revenge mission that finds his loyalty tested — and a love that alters his life.

The story starts in 2006 in the city of Amsterdam. Ferry Bouman works for drug lord Ralph Brink, a powerful criminal and Ferry's mentor. One day the gang is brutally mugged and Ralph's son is severely injured. When all leads point to a group of campers in Brabant, Ferry is sent out to find the perpetrators. After years of absence, Ferry returns to his beloved Brabant, which he had fled many years before. The difficult reunion with his estranged family, the return to the camper life he had forsaken and the meeting with his charming neighbor Danielle all gradually crawl under Ferry's skin. His journey will lead to unexpected outcomes and put Ferry's loyalty to the test…

Hendrik is sixteen, a big city kid, and vexed to learn that his mother is moving with him and his little brother Eddi to a village in the south of Austria. To make matters worse, the locals shun the new rustic family home. They say it has been haunted ever since a mother poisoned her two sons in there many decades ago. When a sleep- walking Eddi starts carving strange symbols into the walls, Hendrik and his friends set off on a quest to lift the secret of the spooky house.

When a lost and lonely alien crash-lands on Earth, his new crew of talking animal friends helps him get back home — and try to save the world!

In the epic final season of Castlevania, Wallachia collapses into chaos as factions clash: some attempting to take control, others attempting to bring Dracula back from the dead. Nobody is who they seem, and nobody can be trusted. These are the end times.