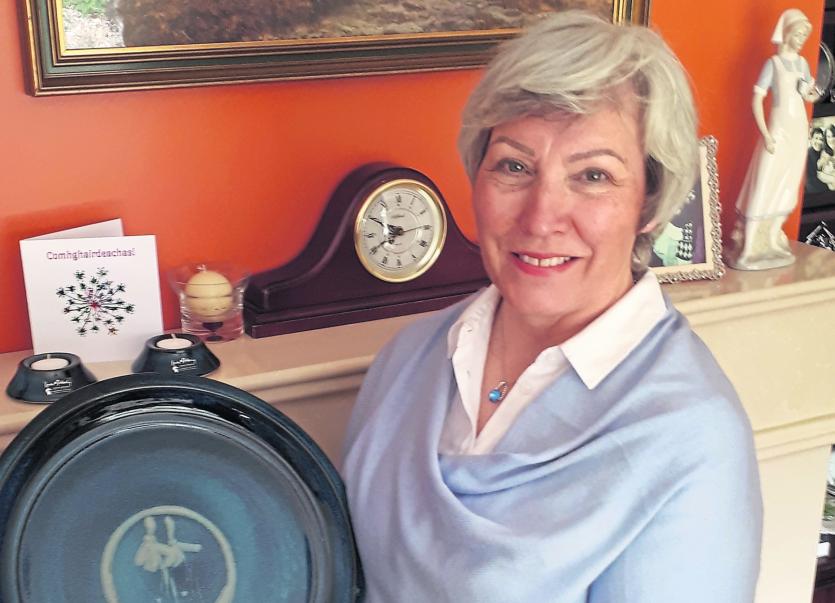 Dundalk nurse Anita Roddy has been honoured for her hard word and dedicated.

Anita was announced last week as joint winner of the INMO’s annual Gobnait O’Connell award for her exceptional contribution to the Irish Nurses and Midwives Organisation over the year.

Anita, a Public Health Nurse in the Louth Community Care Area was nominated for the award by her fellow PHNs from around the country.

The award is in recognition of their work to support the INMO, fellow union members, and professions.

It was announced at the INMO’s online Annual Delegate conference, attended by hundreds of nurses and midwives from around Ireland.

Dundalk's Anita said: "I’m hugely honoured to have been nominated by my section and colleagues this year.

"It’s been a tough year, but we have definitely seen the strength of teamwork and solidarity in all our workplaces, and I’m delighted to have been able to support other Public Health Nurses at a time when their work has been so important.”

Taoiseach Micheál Martin, a friend of the late Gobnait O’Connell, after whom the award is named, noted the significance of the award in an address to the INMO conference, saying: “Gobnait epitomised the progressive nature of your profession and I’m glad that you still honour her memory and contribution with your annual award recognising outstanding nurse reps.”

INMO president Karen McGowan said: “This prize is a very important part of the INMO’s history of recognizing members’ outstanding contributions and we’re delighted to award this prize to Anita in the year of her retirement.

“All of our reps go above and beyond to support INMO members every year, but this year saw an unprecedented number of nominations.

"Nurses and midwives are really keen to recognize their colleagues’ efforts over the past year and the work they’ve done to support each other and keep each other going through unprecedented personal and professional challenges.”