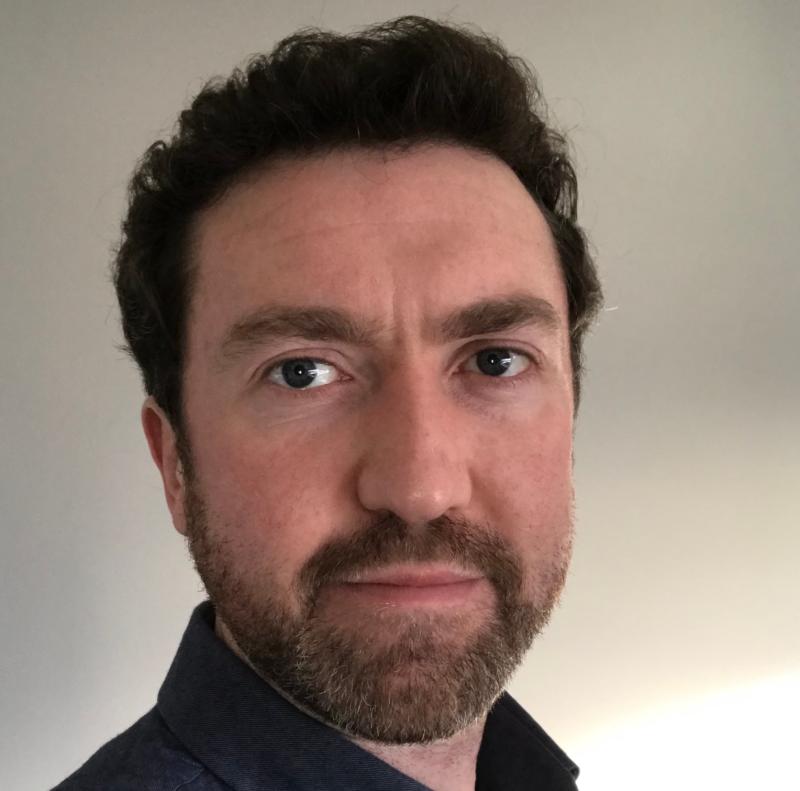 After four long years staring at the back garden, the time has come to finally do something about it.

When we moved into our home back in late 2016, myself and my wife were delighted to be able to kick back and enjoy our new space without having to get stuck into all that dreadful wall painting or kitchen fitting or even picking out carpets or timber flooring; it was all done for us – the beauty of buying a showhouse really.

With this comes a certain amount of laziness unfortunately.

As of last Friday, there hasn’t been a single shelf put up on a wall, nor a decent wardrobe fitted anywhere throughout the house.

Rather cheap clothes rails adorn most rooms and while convenient (and cheap, did I mention that yet?) they are unsightly and, God bless them, overworked at this stage. Sadly, we’ve had to condemn two of them to the recycle centre in recent months – they simply weren’t able to take the undue strain of more and more clothes - their backs eventually gave out.

Including, at one rather inconvenient moment, when I was in the boxroom on a Zoom call for work.

Midway through the call, a sudden, sharp snap was followed by the complete collapse of the clothes rail on top of me.

I was able to dig myself out of the avalanche of suits jackets, trousers etc. just in time to witness the rather perplexed and stunned looks on the faces of my colleagues. Oh, how we laughed.

But, the wardrobes and the shelves - unless of course the Bank Holiday weekend brought with it a renewed urgency to remedy both - are going to have to wait. Their place on the DIY triage list relegated to number two and three respectively.

Top of the list, as the sunny days have arrived and the reality of having to socialise outdoors has become more pressing (cheers Covid), is the construction of a patio and an overhaul of the garden in general.

And to think, it only took the small matter of a global pandemic to raise my arse off the couch and get around to this particular domestic issue.

Of course, as with any major construction project there are a number of people involved; and with people come opinions, I’ve realised.

In this case these ‘people’ are myself and my better half.

As a gardening/DIY-phobic type I would have much preferred taking the opportunity to ring the lads at Kilsaran and get them to drop several mini-mix loads of concrete over the whole thing – ‘Bob’s your uncle, let’s buy a BBQ!’

As I said, laziness is my default setting in so many aspects of my life.

My wife though, is the more creative one, and a solidly Soviet uniform, grey concrete look was not part of her mood board of ideas. Fair enough, says you.

Using Pinterest to great effect, she managed to conjure up something which I initially poo pooed as being ‘bloody Love Island in suburbia’; for which I was shot a look that turned my heart cold and shuttered my mouth utterly.

But, as the man of the house (allegedly), it was now my duty to contact potential landscapers and get them to take a look at the garden and the plans we had in mind for the ‘suburban retreat of our dreams’ (my words).

This, I felt, was going to be a real test of my manhood; my ability to sound like I know what I’m talking about when it comes to hardcore landscaping and other manly-type stuff.

Most of these lads are gnarled veterans with humps on their backs and hands like well-worn shovels.

I, on the other hand, have the paws of a kitten and the upper body strength of a new-born.

Still, this was my moment to show that working as a labourer on a building site during the glorious summer of 1998, just after my Junior Cert (two As, five Bs and we’ll not mention Irish or maths), was going to stand me in good stead 20-odd years later.

Having made contact with the first landscaper, I was presented with problem number 1: obtaining the dimensions of the garden.

This required some sort of measuring device, but alas the only thing I had to hand was a measuring tape used for clothing, with a lamentably meagre 3 metre length.

Using my considerable problem solving capacity, I asked my beloved to join me in the garden and act as the holder of the dummy end of the tape (I attempted a joke relating to the use of the word ‘dummy’ – it crashed, burned and then exploded some more).

Gradually, I managed to measure – in chunks of 3 metres – the length and breadth of the garden.

I jotted down the measurements and forwarded them via WhatsApp to the potential landscaper.

I received a big yellow thumbs up moments later, followed by a message saying he’d pop around in a couple of days to do an initial consultation and work up a quote.

When he arrived, in a maroon van which bared the scars of a much-loved workhorse, I had prepped myself in the lingo of this kind of thing: ‘Planters’, ‘raised flower beds’, ‘sleepers’, ‘8 by 6 or 6 by 6 for the shed?’ - I felt ready.

Christy (not his real name) turned out to be a delightful character who quickly saw through my thinly disguised act but was still kind enough not to blow snot out his nose with laughter.

Thankfully, after we chatted about what we wanted and he made gentle alterations to my, frankly awful, attempts at describing what we had pre-visualised, he wisely decided to measure the garden – ‘just to be sure, you know yourself’.

Turned out I was just half a metre out in the width of the garden and a smidge over one metre in the length.

We said our goodbyes, he said he’d have a quote for me in a day or two and I, feeling exhausted, thought to myself: “I’ll make sure herself is available next time - just to be sure, you know yourself”.