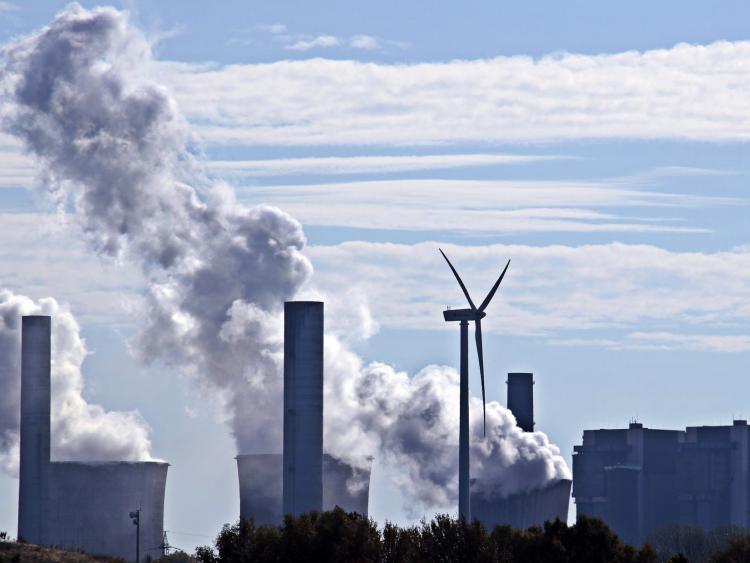 Heart and circulatory disease deaths linked to air pollution on the island of Ireland could total 12,000 by 2030, two leading health charities have warned.

Both organisations are collaborating to call for an island-wide ban on the worst fuels to protect the public from the most lethal kind of air pollution - particulate matter.

“Air pollution does not respect boundaries and on the island of Ireland, toxic air from the burning of solid fuel in the home is having a detrimental impact on the health of those both North and South of the border,” said Dr Tim Collins, Chief Executive of the Irish Heart Foundation.

“Unless this is addressed across both jurisdictions, thousands of more lives will be lost. Unfortunately, those most vulnerable - children, older people and those living with chronic diseases - will be most affected.”

The IHF and BHF NI want a co-ordinated approach to tackle air pollution on the island, including a ban on the worst polluting fuels in both jurisdictions - plans for which are already underway in the Republic and being consulted on in Northern Ireland as part of a new Energy Strategy.

With recent Ipsos MRBI research showing that nearly two-thirds (61%) of those in the Republic are concerned about the health risks posed by air pollution, both organisations are insisting on an island-wide ban on smoky coal, sod turf and wet wood.

“Both jurisdictions must move in tandem with each other on this issue and we are calling for a joint approach to ban the most-polluting solid fuels used for home heating in order to reduce toxic air pollution and ultimately save lives,” said Dr Collins.

“As the Irish government recently conducted a public consultation on solid fuel regulations, it is imperative that the most polluting forms of solid fuels are banned immediately, and we phase out the remaining ones over time.”

The British Heart Foundation has funded £5.8million into medical research showing how high levels of air pollution can have a harmful effect on health, increasing the risk of a potentially fatal heart attack or stroke.

It reveals that particulate matter (tiny particles in our air) can remain in the bloodstream for at least three months, can worsen the build-up of fatty materials inside the arteries, causing blood clots and potentially affect the normal electrical functioning of the heart.

“Every day, millions of us across the UK and Ireland are inhaling toxic particles which enter our blood and get stuck in our organs, raising our risk of heart attacks and stroke. Make no mistake – our toxic air is a public health emergency,” said Fearghal McKinney, Head of BHF NI.

“If we don’t take action now, heart and circulatory disease deaths related to air pollution on the island of Ireland could total 12,000 by 2030. Decision makers owe it to future generations to help stop this alarming figure from becoming a reality.”

Data shows that the general public on both sides of the border is largely unaware of the impact of air pollution on cardiovascular health. In the Republic, only 19% of respondents believe heart and circulatory disease is the leading cause of death because of air pollution while the corresponding figure in Northern Ireland is just 7%.

This is despite heart and circulatory disease accounting for around half of all deaths – North and South - attributed to the most dangerous kind of air pollution, particulate matter.