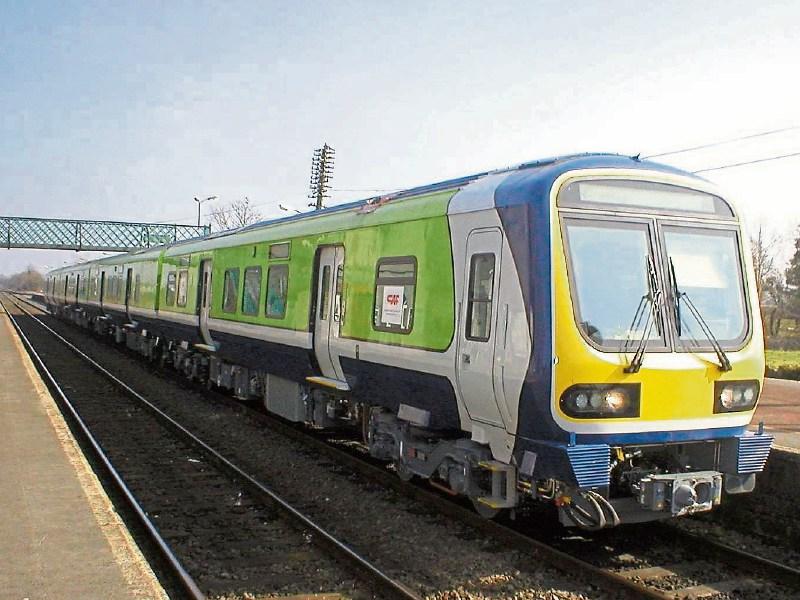 Dundalk TD Ruairí Ó Murchú has expressed disappointment that plans for an hourly service for the Enterprise train may not be ready until 2026 or 2027 and has asked Taoiseach Micheál Martin to investigate whether it can happen quicker.

In response to questions from the Dundalk deputy, Mr Allen said that while there is no formal approval for EU funding, there are ‘positive signals that this does appear to fit within the priorities of the various EU programmes’.

But he said there are issues with procuring new trains. Mr Allen said: ‘In terms of when it would be available, it all turns on the availability of rolling stock.

‘We have a substantially completed procurement exercise and that is now going through the approval process to get the funding to do that.

‘On the timing, we will not have new trains delivered by 2024 to allow that to happen.

'I acknowledge that people want this to happen as soon as possible but, given the time needed to order a train and have it manufactured, delivered, commissioned and put into service, I do not see that as being achievable by 2024.

'The only way it would be achievable, in my view, would be to take trains off other services and put them on that service, and there is a bit of reorganisation that goes on all the time. However, we are committed to increasing the capacity and, in particular, to having earlier services come into Dublin from Belfast.

‘In terms of higher speed and shortening the journey time between Belfast and Dublin, that would require changes in infrastructure, and many of those changes would be north of the Border.

‘In fact, much of the removal of level crossings, bridges and so forth has already taken place in County Louth and County Dublin.

'However, to really eat into and shorten that journey time further will require further investment in fixed infrastructure by Translink’.

Mr Ó Murchú said he was disappointed that the trains could not be delivered by 2024 and added it would be a lot better if North South Ministerial Council transport meetings were taking place.