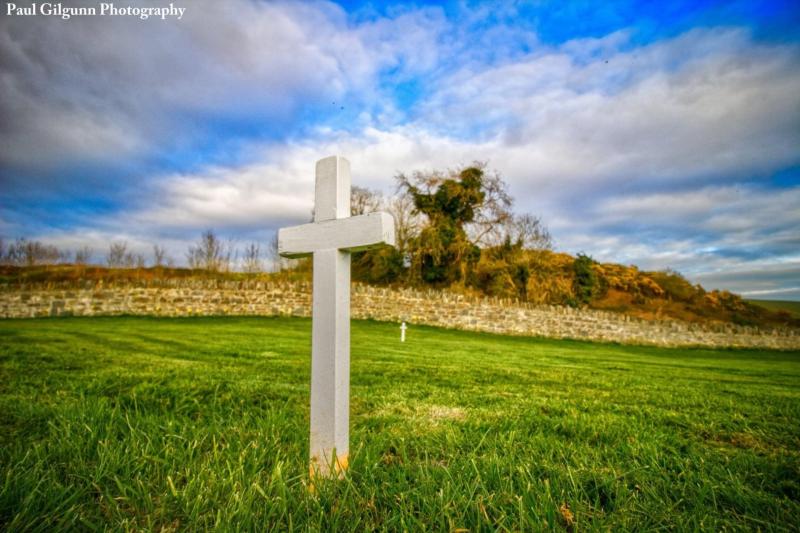 With the tavel restrcitions now lifted the Dundalk Famine Graveyard restored by a voluntary group of local people is definitely worth a visit.

“They were buried there from 1850 when the famine graveyard at the workhouse became full and Thomas Fortescue required land for another graveyard,” Paul Gilgunn of the Dundalk Famine Graveyard committee said.

“There are no headstones in the graveyard but the committee put in white crosses marking some of them."

For a time the graveyard was well maintained, even though there were no headstones or any symbols depicting the burial plots of the men, women and children, or individual families.

Over the century since the last burial the graveyard fell into neglect, with vegetation destroying the neat stone walls that surrounded the site, and the grass area in the centre became badly overgrown.

For years there were suggestions that efforts should be made to reclaim the graveyard from the steady march of nature, but it was not until 2000 that a group of local people took the initiative.

Paul said there was much talk and little action on resurrecting the graveyard until the year 2000 when a voluntary group of local people took the project.

They were motivated by the thought that the people buried there were neglected in death, just as they had been neglected in life.

They believed that some dignity should be shown to these victims of the Great Famine by erecting a modest and appropriate memorial on the site.

Over the last 20 years they have restored the stone walls round the graveyard, and the grass surface that covers the graves.

In so doing they have renewed interest in the people buried there and the circumstances under which they lived.

There are no headstones in the graveyard, only marker stones marking graves which the committee put white crosses marking some of the graves.

They have also ensured that a memorial service is held annually, and hope that over the years access to the site can be improved with better surfaces and signage.

All of this has been done on a voluntary basis by dedicated people living in the area and to whom we all should be grateful.

People can access the graveyard at Killally from behind McCardles Brewery, A91E76N or on the Ardee road across from Mount Hamilton Hoarding, gate on the left side of the road.