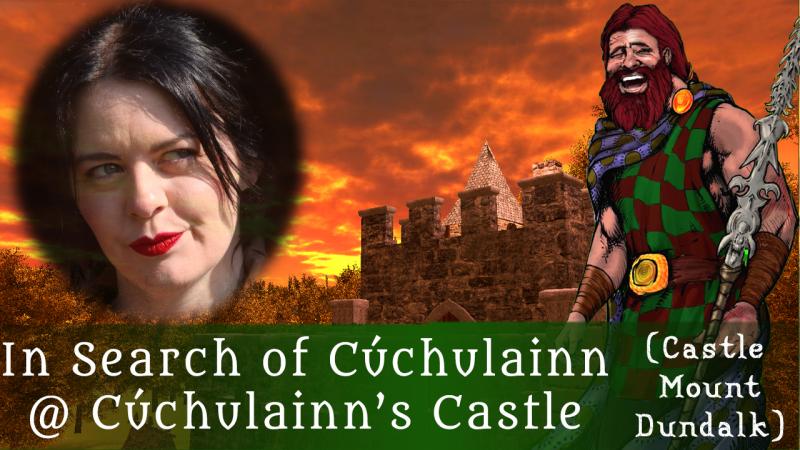 Dundalk’s own Ditch Witch, in conjunction with Tales from the Hedge Productions and Deaglán Studio has turned her attentions to the history of Cúchulainn’s Castle at Castle Mount in Dundalk.

Local singer/songwriter and artist Tara Tine has been uploading witty and informative videos to her YouTube channel, Diary of a Ditch Witch, since October 2020.

She found herself wanting to delve more into the local history, folklore and mythology of her area after a visit to the local famine graveyard at Killally, and before long she began adding short animated sequences to some of the stories she covered as a means of making them more accessible and entertaining, including Roche Castle and the Hill of Faughart.

However, it was only after teaming up with a local animator who had experience with the likes of Marvel and Vaughn Bodé with David Bellew covering the audio, that Tine’s ideas could evolve into the time travelling adventure she is presenting to her channel’s audience tomorrow, Thursday April 22nd.

Tine and her cameraman go in search of Cúchulainn, and how it was that his name came to be so strongly associated with the fort that gave Dundalk it’s name – Dún Dealgan.

The tower which currently stands on the site is known as Byrne’s Folly and was built by The Pirate Byrne of Castletown in the 18th century.

It is known to have been built on the site of an older Norman castle, but none of this explains the Cúchulainn connection.

People can in this Thursday evening at approximately 6pm to see Castletown Motte get the Ditch Witch treatment and to find out more on Tine's YouTube channel.