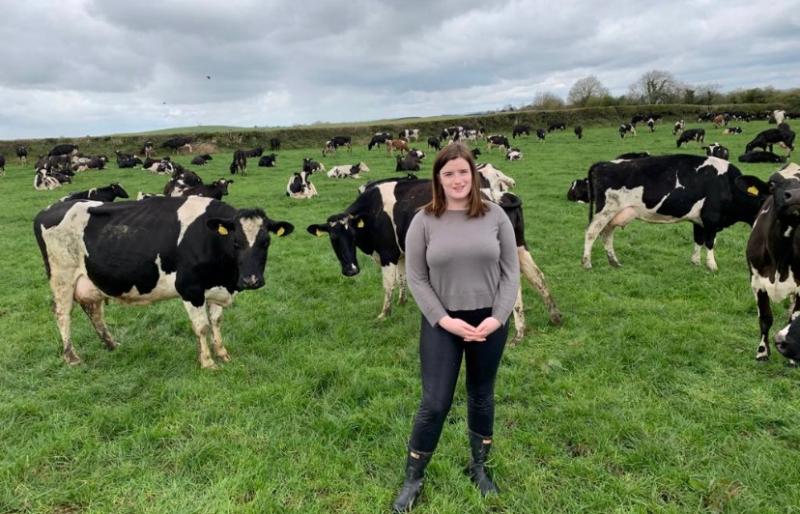 Cooley Peninsula native and Councillor Andrea McKevitt has this week written to The Minister for Agriculture Charlie McConalogue and An Taoiseach Micheal Martin requesting intervention in the ongoing debacle with An Taisce attempting to block the construction of Glanbia’s new cheese factory in Kilkenny.

The Belview plant was approved by Kilkenny County Council in November 2019 and following an appeal by An Taisce, An Bord Pleanala granted the then final approval on 30 June 2020.

An Taisce then sought a judicial review of that decision, of which is still awaited.

In the meantime, Glanbia are proposing an introduction of peak milk supply restrictions for April, May and June of 2022 until at least 2024 as without the new plant the processing capacity will not be there.

“Many dairy farmers throughout the country have expressed their concern and worry to me in recent weeks, given the planned proposals afoot.

"The months suggested would be up there with the most profitable months for dairy farmers, cows are out to grass and peak numbers are now being milked once the traditional calving period is now complete.

"A lot of young farmers and those branching into the dairy industry will take a massive hit should this come into effect next year.

“Farmers are the backbone of our economy but this is not a farming issue alone, Glanbia’s payments to farmers amount to over €1 billion annually.

"There is a huge knock on effect of this cash injection, this money is largely kept local, keeping rural Ireland’s shops, pubs and restaurants alive, while providing employment locally; in terms of construction, electricians, and other trades.

“The cheese plant being proposed is estimated to generate 50,000 tonnes of Gouda cheese for export annually, it will also result in us having to import less cheese from the UK which our economy presently is so heavily reliant upon.

"This alone is a wonderful opportunity for the Irish market, within the EU to produce a product heavily expected from England and to provide to the EU Market.

“The call for Government intervention is twofold: Firstly, to protect the dairy industry and promote its expansion in rural Ireland without penalising those attempting to bring this market on and secondly to promote a new product as an export to the European market.

“The Government must intervene now and put an end to any further undue stress on already heavily burdened members of our nation’s dairy industry.”