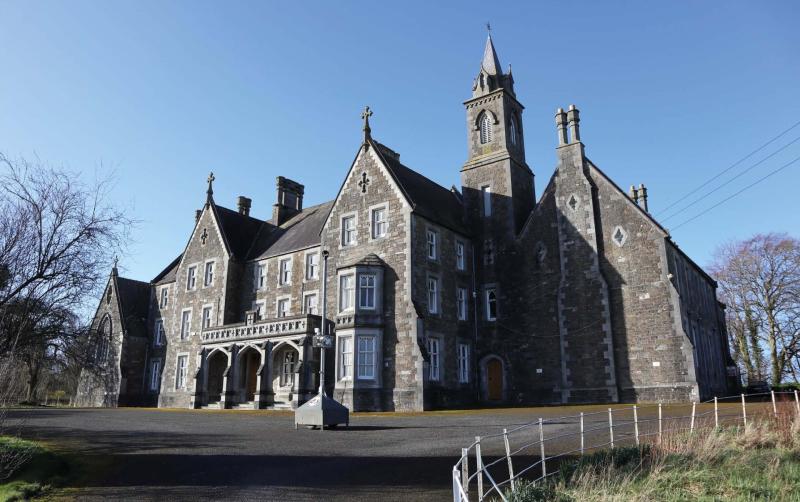 Mercy Sisters Convent in Ardee has been purchased by the Institute of Christ the King Sovereign Priest.

The former Convent of Mercy, vacated last year, has been bought by a young Roman Catholic community, the Institute of Christ the King Sovereign Priest, who purchased the iconic building which comes with an attached chapel and gate lodge set in 10 acres of land.

The Institute of Christ the King Sovereign Priest intends to use the former Mercy Convent as a convent for the the female branch of their order.

The Sisters Adorers of the Royal Heart are semi-cloistered nuns.

The first members will soon begin their community life in the footsteps of the Sisters of Mercy with daily adoration of the Blessed Sacrament and the singing of the Divine Office in Gregorian chant.

These young sisters will also prepare the convent so that the Institute African missionaries can find in Ardee a place where they can rest, pray and recover from their apostolic work in a much cooler climate.

Canon Lebocq, Pro-Provincial of the Institute in Ireland, offered €925,000 to save this property, thanks in part to local donations, but especially with an excess of €600,000 loan.

He said: "Our community is now on its knees, not only in prayer in the chapel, but also financially with over €230,000 to reimburse by 15th August this year.

"Prayers and donations are welcome"

Built in the mid-1850s, the convent was designed by John Neville, then County Surveyor for Louth.

The three-storey block built of coursed rubble features cut limestone for quoins and window surrounds as well as for the three-bay, single-storey porch in Perpendicular style.

No date has been set for any public opening and welcome to the Sister Adorers but a family already resides as caretakers on the alarmed premises.

The Institute of Christ the King Sovereign Priest was invited to serve in Ireland, in the Diocese of Limerick, and established its headquarters there in 2006.

The members of this Institute are also resident in the Diocese of Down and Connor, where in 2019 they reopened a former Presbyterian church in Belfast, and in Galway.

The average age of this community's members is 24 for seminarians, 28 for sisters, 41 for oblates and 39 for priests.