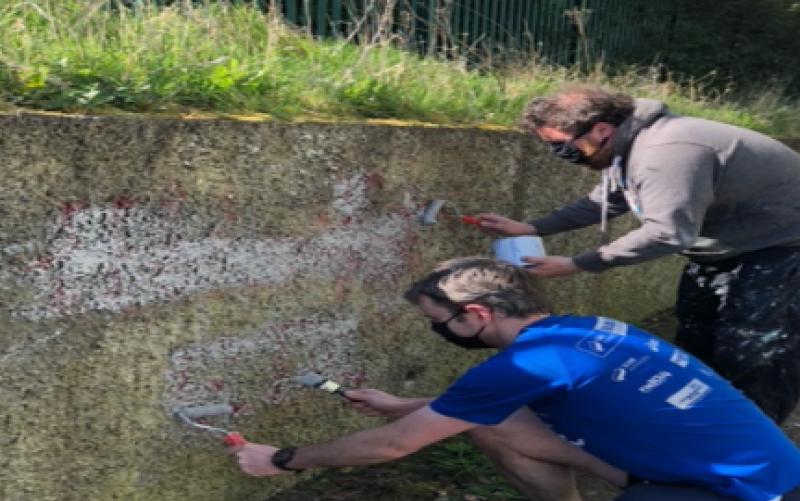 Sinn Féin Councillor Edel Corrigan has hit out at those who defaced a wall with racist comments along the pathway leading to the Redeemer School in Dundalk.

The offensive graffiti was removed by members of the local Sinn Féin Cumann.

Cllr Corrigan said: “The graffiti was promoting an abhorrent racist organisation and remarks about people of colour in our town.

“We discovered the graffiti coming up to Easter, a time when we commemorate our Patriot dead from 1916 who proclaimed ‘The Republic guarantees religious and civil liberty, equal rights and equal opportunities to all its citizens…. cherishing all the children of the nation equally and oblivious of the differences carefully fostered by an alien government, which have divided a minority from the majority in the past.’

“Perhaps these so-called ‘proud nationalists’ should read it more carefully.

“There is no place in our communities for racism or bigotry of any kind.

"Sinn Féin abhor any kind of racism and we will continue to oppose and confront it at every level.

“These derogatory slurs are not representative of the people of this area and no child of any race or creed should have to bear witness to that kind of filth on their way to school.

“I want to thank members of the Halpenny Worthington Watters Cumann for getting it removed so quickly.”