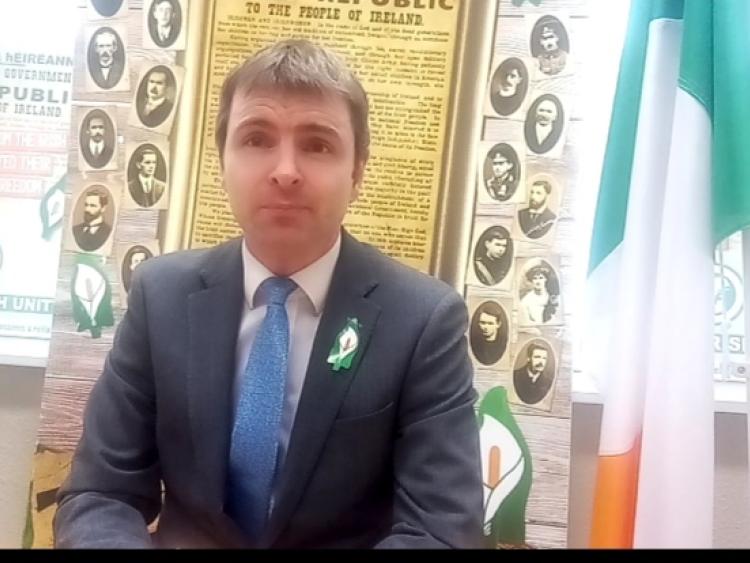 Dundalk TD Ruairí Ó Murchú said that unity is 'a topic now in all corners of Ireland' and called on people to remember the 40th anniversary of the Hunger Strikes.

He recalled all those who had died from Covid-19 across the island and said that Ireland was 'now entering a more hopeful phase' because of vaccine roll-out.

The issue of unity is now front and centre, Deputy Ó Murchú said.

He said: 'We remember our republican friends, some from here and others who made their home here, who are not with us now, but played significant roles in our struggle.

'We continue to demand rights for all, north and south and make no apologies for this.

'We will stand firm against the threat to the Irish Protocol and the madness of the British Conservative Party and the DUP.

'We stand firm against the snide remarks, the side-swiping from other parties in the 26 Counties who have yet to realise that by attacking us, they are only making us stronger.

'They are only showing their own own fear.

'Unity is now a topic in all corners of Ireland, across all sections of society.

"Republicans played a huge part in creating the conditions for peace and now are leading these conversations.

"We will seek a unity referendum and we plan to win it.

'That is our focus, that is our core belief that remains constant and unwavering'.

And he highlighted that 2021 marks the fortieth anniversary of the deaths of ten men on Hunger Strike in 1981.

He said: 'Forty years on we remember the selfless sacrifices of Bobby Sands and Francie Hughes, who alongside their comrades died on Hunger Strike in Long Kesh in 1981, changing the history of this island forever.

'We remember that the people of Louth returned Paddy Agnew, POW as their TD during this period.
"This is what enabled the huge electoral wins for republicans of recent times'.