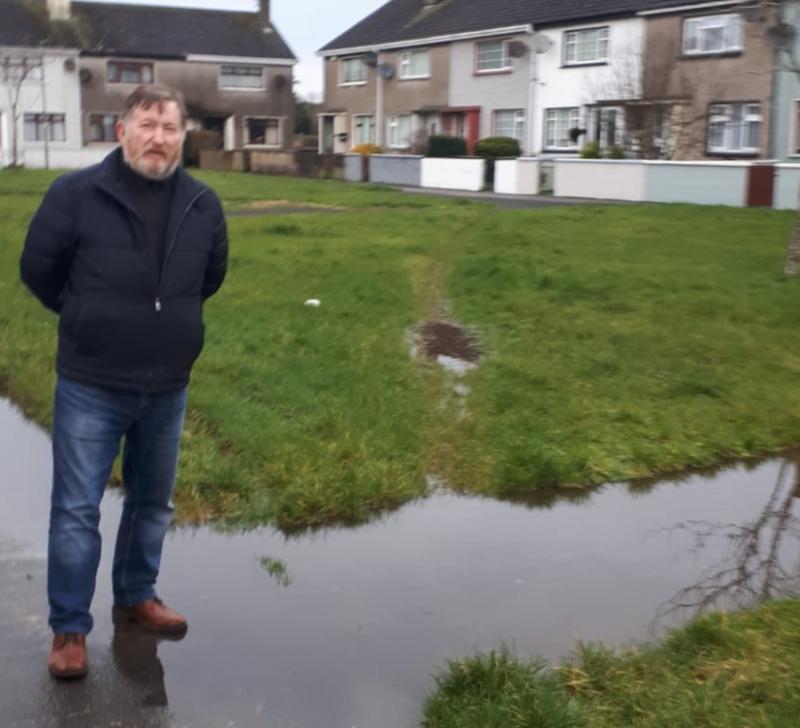 The Ardee Municipal Councillor was given the Programme ahead of this month’s Council meeting.

Cllr McGeough said: “The residents have had to put up with consistent flooding in the estate as a result of its layout.

"Every time it rains, the water just pools in the centre of the area and goes nowhere and residents have no option but to wade through it to leave the estate; the heavier the rain, the higher the water.”

Cllr McGeough added: “This is an historic issue that I have been fighting for over many years and I will be as glad as the residents to see it resolved.

"I had received assurances from Louth County Council in February that any works would be subject to funding from the Department and am pleased to say that funding has now been secured.

“The works will involve jetting, CCTV, new gullies and drainage runs. The residents deserve a break after all these years so hopefully it will give St Oliver’s Park a new lease of life.”