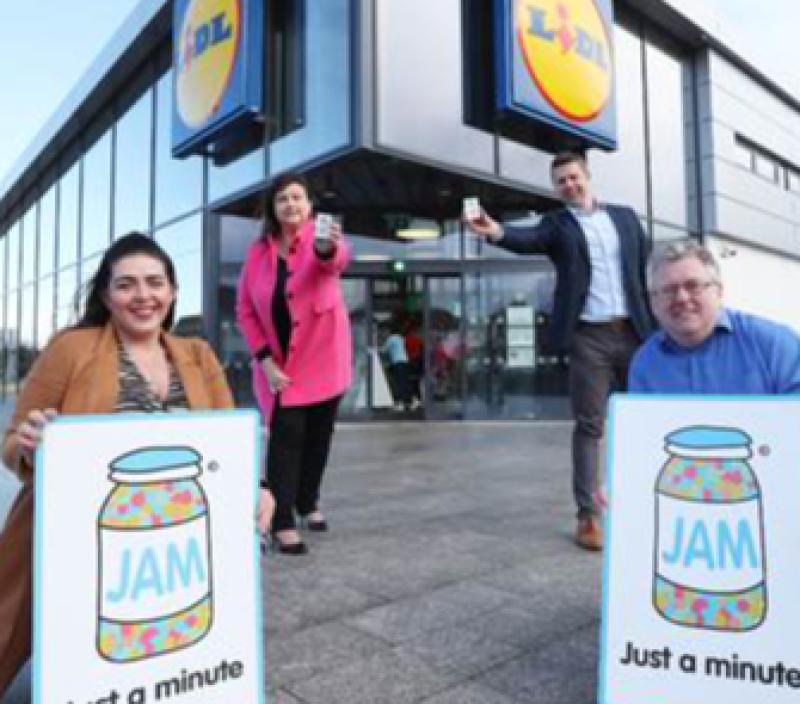 Ahead of World Autism Day on April 2 Lidl Ireland, together with the NOW Group, announced it will be the first Irish retailer to become Just A Minute (JAM) Card friendly in their stories in Louth and across the country over the coming weeks.

Lidl has also committed to sponsoring 6,000 JAM Cards which contributes towards keeping the cards free and accessible to those who need them.

Earlier this year, the retailer completed a needs assessment by reaching out to autism charities in Ireland and discovered that more than 85% of respondents felt a form of voluntary identification would be beneficial at times when more vulnerable customers need ‘Just A Minute’ to relieve stress levels while shopping in Lidl stores.

In response to this, Lidl has been working closely with the NOW Group which supports people with learning difficulties and autism.

The organisation developed the JAM Card with its service users designed to allow users additional time and patience when in people facing environments such as supermarkets. Over the coming weeks, Lidl is rolling out detailed JAM Card training and tools to employees in their stores in Louth and nationwide with hopes that the new initiative will help to support customers with learning difficulties, autism, or communication barriers.

JAM Card was originally developed for those with learning disabilities and difficulties. However, it can be used by anyone with a communication barrier including people with Asperger’s or autism.

It can also be used by those who have a brain injury and people who may feel self-conscious about their ability to effectively communicate when engaging with others.

Robert Ryan, Chief Operating Officer, Lidl Ireland said: "By becoming JAM Card friendly, we’re not only furthering our commitment to providing excellent customer care but also demonstrating accessibility to all customers, including those with learning disabilities and hidden disabilities.

"We hope that all of our customers will feel even more comfortable while shopping in stores, firm in the knowledge that our employees will understand and give those who need some extra time, ‘Just a Minute’.”