Louth people called on to rally together and fight for Dunleer bank to be reopend. 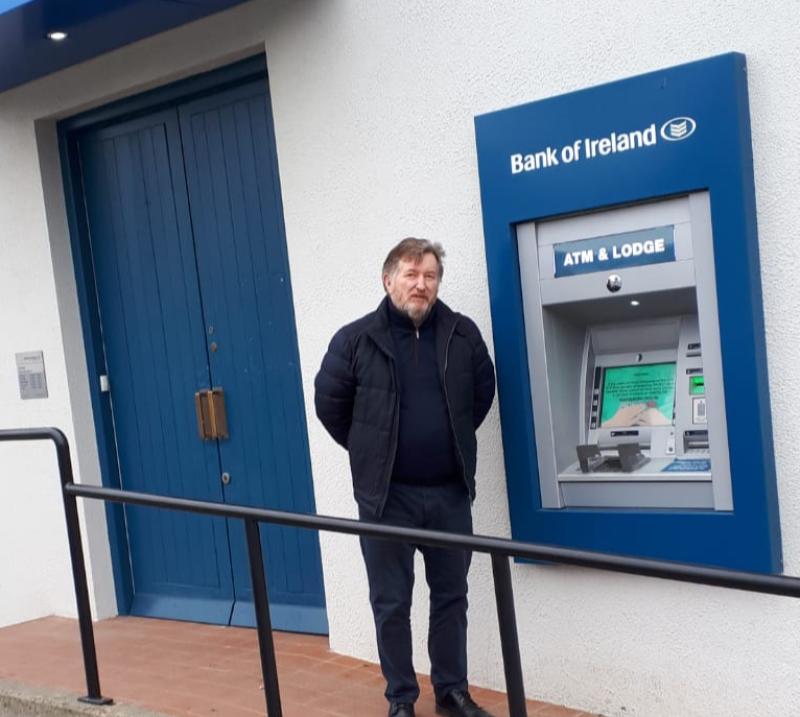 Cllr Pearse McGeough at closed Bank of Ireland in Dunleer

Sinn Féin Councillor Pearse McGeough has said the time has come for action over the Bank of Ireland’s decision to close 103 branches in Ireland including the one in Dunleer.

He was speaking after he hosted an online public meeting with Imelda Munster TD.

Cllr McGeough said: "The meeting was well attended and included Independent Cllr Hugh Conlon, members of the business community and the community sector as well as other customers of the bank.

"The debate was lively and everyone had their say and we have a plan to forge ahead to oppose the closure.”

At the meeting, Cllr McGeough pointed out that although Sinn Fein was holding a series of these meetings across the island, this was not a party political issue and indeed in other counties concerned Fianna Fáil councillors and independents had attended the meetings.

According to Cllr McGeough: "We were unable to do anything when Ulster Bank made the decision to pull out all their branches but it’s different with Bank of Ireland as they were bailed out to the tune of €4.7 billion and the Minister for Finance, on behalf of the Irish people holds a 14% shareholding in the Bank so that is the leverage we have and we need to focus on that leverage.”

He also pointed out that “instead of having 103 small campaigns we must consolidate our efforts into a bigger campaign.

"Pearse Doherty TD is leading the campaign but is depending on local people to get behind it.

"Louth will not be found wanting.”

When asked about how people can help, Cllr McGeough said: "There were a number of good ideas that came from the public meeting and the time has come to forge ahead with them."

Email the Minister of finance to get a moratorium on the decision until the end of 2022
Sign the uplift petition – (consolidation of signatures rather than individual petitions throughout the country)
Send emails to your TDs
Send emails to Dunleer branch telling them how valuable the branch is to the area.

"Banks rely on customer loyalty and traditionally people remain with the same bank regardless of what happens – tell Bank of Ireland, if you leave Dunleer, we are leaving you.

“A moratorium on the decision until the end of 2022 will allow us to get through this pandemic and give us time to make a case for Dunleer branch to remain open.”