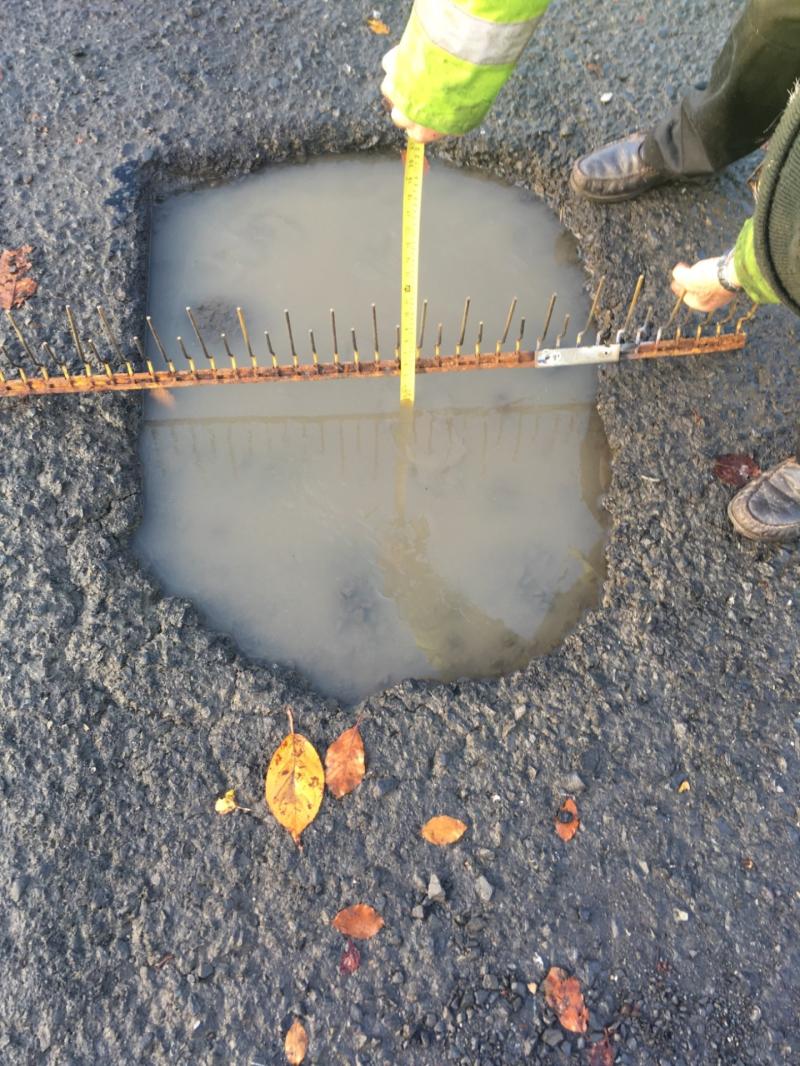 Councillor Antóin Watters has criticised the condition of our local roads saying there are “potholes as big as craters”.

Cllr Watters, speaking at the Louth Council meeting last Monday, said he has had more complaints from residents about the state of our roads in recent months than ever before.

The Sinn Féin councillor called on the local authority to fix the potholes in the area which are “huge and have surplus water in them” causing damage to cars.

“The state of our roads and especially our local primary, secondary and tertiary roads are terrible”, he said.

“I have never had so many queries as I have had since Christmas in relation to the condition of the roads.

“I think we are sitting on a ticking time bomb where we won’t be able to deal with how bad our roads are with the funding we get.

“We always hear these big announcements of funding, but this money never trickles down to the small roads, especially those in the north Louth area.

“We await the roadworks programme, but again that will not deal with the problems we have with our roads.

“There are potholes as big as craters.

“Constituents are asking me; and it is a very good question; about how we all pay our council development contribution scheme when we are granted planning permission.

“My own one was over €4,200 to protect any damage that is done by the planning application to the roads network in the area.

“I have never seen the fruition of the money I have paid and neither have any of my constituents considering the condition of the roads.

“The potholes are huge and have surplus water in them.

“I think we have a huge problem here.

“I know things have been delayed with Covid on general maintenance, but I think we are well behind where we should be.

“I have never sent out so many pothole claim forms.

“We are never proactive; we are always reactive on this so I think we need to look at a full survey of the state of the roads of the county as a whole and maybe get an idea what sort of money it will take to get us up to an appropriate standard.

“I believe this is emergency work that needs to be done and I would be calling for it to be done as soon as possible because the roads are not getting any better.”

Louth County Council admitted that no matter how much money they have for roads it is never enough.

“We do prioritise roads based on category, the local tertiary, we just don’t do them because we don’t have the money”, a local authority spokeswoman said.

“The roads are all categorised and their condition well established so we can issue a report on the condition of our roads.

“Louth is neither good nor bad, we are probably mid-way with regards to our road conditions and maybe some categories are better than others.

“Definitely resources and money for roads is an issue, it has gotten better in the last couple of years, we have got some more funding, but in fairness it is an issue.

“Also, at the moment we are only doing essential works, emergency works.”

Louth County Council also pointed out that development contributions are not for ordinary maintenance but are for improvements and new infrastructure and are not used to fill potholes.