From Dundalk to Tokyo: Redeemer AC event as they relaunch athletics club 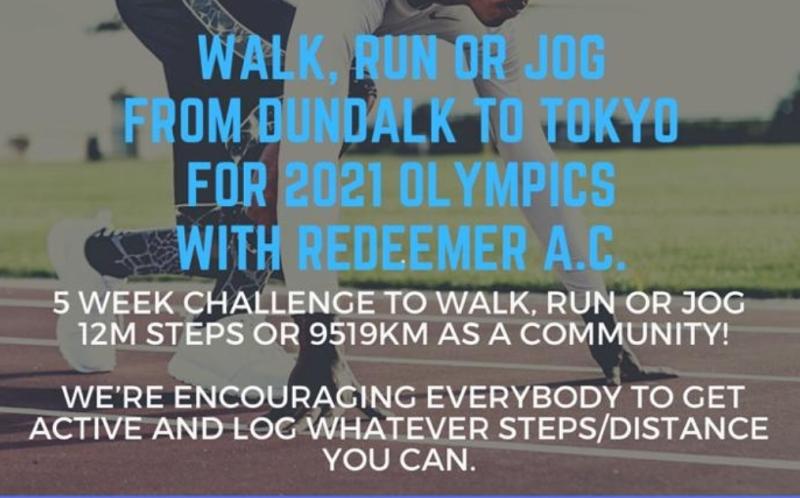 A group of former athletes in Dundalk are set to relaunch the athletics club in Redeemer, which has been inactive for over 20 years.

Redeemer Athletics Club, based in the northwest of the town was founded in 1972 and ran up until 1997, but the club’s current head coach Niall Hearty is hoping to relaunch the club with a promotional event From Dundalk to Tokyo for the 2021 Olympics.

“Our aim is to get the people of Dundalk and further afield to virtually walk the 12 million steps 9519 kms from Dundalk to the Olympic Stadium in Tokyo” he stated.

“I've set up a promotional event for the club.

"Basically it is a way for us to get a bit of a buzz going about the reformation of our club, whilst also creating some community spirit and finally getting people out into the fresh air and getting active.”

This event entails a 5-week challenge beginning on Saturday March 20th, with the hope it will get people out of the houses and active in the lead up this Summer’s Olympic Games in Japan, with entrants either running or walking whatever they can to help the club reach its large target.

“We will add them up and let you know each week how far we’ve travelled.

"It’s just a bit of fun that might get you up and active in the run up to Easter.

Redeemer A.C enjoyed years of success on the track with many notable former athletes gracing the podium, while also being named the third best juvenile track and field club in Ireland in 1986.

To join the event, all you have to do is send a message to their social media accounts and you’ll be added to a private group where you can log your steps/distance each week.

All those who join in will be entered into a draw to win a 2021 membership for Redeemer AC as well as some spot prizes.