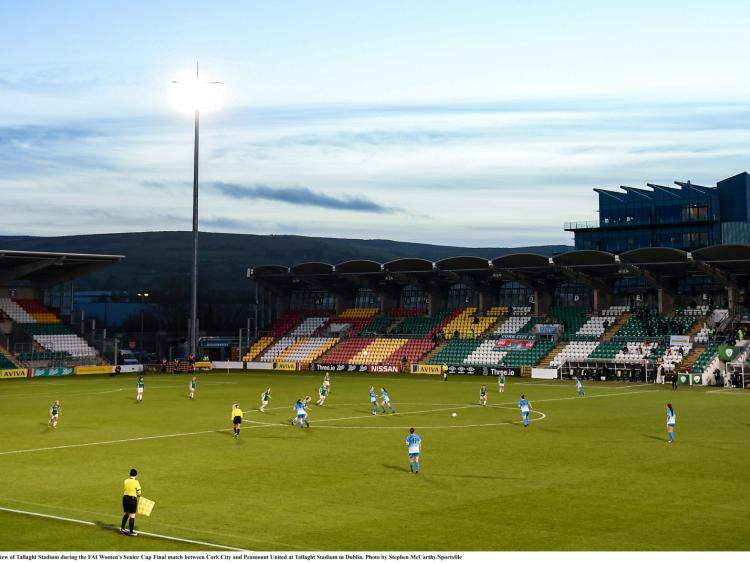 Dundalk FC will go in search of a third FAI President’s Cup when they make the journey to the capital to play Shamrock Rovers in Tallaght Stadium this evening (Kick off 7:45).

First team manager Shane Keegan is relishing the high-profile clash, which is seen as the official start of the domestic season in Ireland, seeing it as the perfect preparation for both teams ahead of the start of the SSE Airtricity League next week.

“We’re feeling really good about it, it is just a brilliant game to have in terms of trying to get ready for the league opener, if you don’t have a game like this you could be playing a team bottom half of the First Division or something like that and that is no way to prepare for a game against Sligo” he states.

“A game against Shamrock Rovers where the two of us are absolutely gunning for each other is the ideal way to prepare for a league opener.”

The Laois native believes that building up an early head of steam will be crucial if the Lilywhites are to make a mark this year with the President’s Cup clash the perfect way to kickstart their season.

“If you look at our openers in general I think we are playing the three European qualifiers from last season in the first four games so it is as tough a start as you could possibly ask for.”

“That is why we need another good performance to continue the momentum into the Sligo game, if we have a good performance then the confidence is high and you’re heading into an opening three four or weeks that won’t define the season but at the same time are very important.”

Dundalk have not got the best of track records going into the tie, having only lifted the trophy twice despite appearing in all but the inaugural edition of the competition since its inception in 2014, those victories coming in 2015 and 2018 which were both won on home soil.

Captain Chris Shields has been part of many of those battles for preseason supremacy in the past, but despite wanting to add another honour to his long list of triumphs with the Lilywhites, he believes their sights are more firmly set on next week’s league opener away to Sligo Rovers

“I want to win but is not hugely important, the following Saturday is much more important in my eyes” claimed the Dubliner. “It’s another good test and a friendly with a little added emphasis as there is a trophy at the end of it against your title rivals

“Obviously, we want to win every game we play, but it will be a very good test and a proper curtain raiser for the league with the cup and league champions going head-to-head.”

The tie between the two favourites for the league title will not need much thrown into the fire to make the encounter a lively one, however the possible inclusion of two former Oriel Park servants in the green and white hoops could add some spice to the fixture.

Sean Gannon and Sean Hoare have almost 300 appearances racked up for the Town between them, scoring 12 goals despite both playing as defenders and while Shields has soldiered with them longer than others who have left he is well used to playing against former teammates during his near 15 year career.

“I’m around that long that I’ve seen them playing for opposing teams before coming here so it is something I’m well used to; I’ve lost teammates to different clubs in the league before and these are just two more to go on the list.”

“The longevity and relationship I had with them when they were here is a bit of a difference but this is football and these things happen.”

Dundalk and Rovers have built up a big rivalry in recent seasons, with the two sides clashing on three occasions in 2021.

The Hoops came out on top in the two league meetings, winning their last meeting at tonight’s venue 3-2 and sweeping aside Dundalk 4-0 in Oriel Park in the return fixture but they did gain revenge by later lifting the FAI Cup with a 4-2 extra time victory where Dave McMillan recorded a hattrick.

Kick off at Tallaght Stadium is at 7.45pm this evening, with the game free to view on www.watchloi.ie.