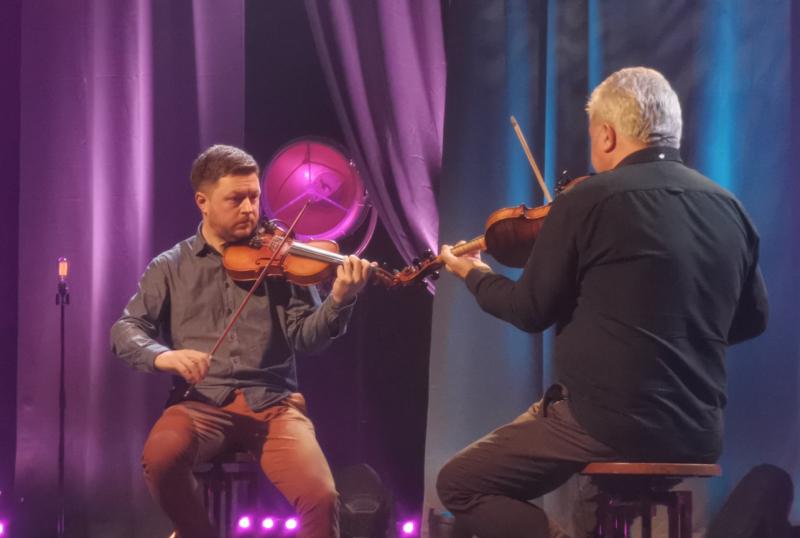 Gerry O'Connor and his son Dónal

The talented O'Connor family from Dundalk will feature on a new TV music show.

A new music series, Comhluadar Ceoil, has been produced by Tyrone Productions for TG4 will see some of the most musical families and groups in Ireland performing and conversing with presenter Dáithí Ó Sé.

The first episode will feature The O'Connor Family – Gerry and his children Dónal, Feilimí, Siubhán and Finnian.

During the course of the episode we will hear of their musical upbringing as well as about their hugely talented mother Eithne Ní Uallacháin who passed away in 1999.

The family will also speak about growing up in a family steeped in traditional music and how it resulted in some confusion on the part of violin teachers who were hearing rolls and triplets thrown into Vivaldi's Four Seasons.

The musical family will perform a number of pieces from Louth as well as numbers passed down to them, the performances include renditions of Neillí Nic Dhomhnaill and Mal Bhán Ní Chuilleanáin.

The programme will air on TG4 every Sunday at 8.30pm from the 14th of March.