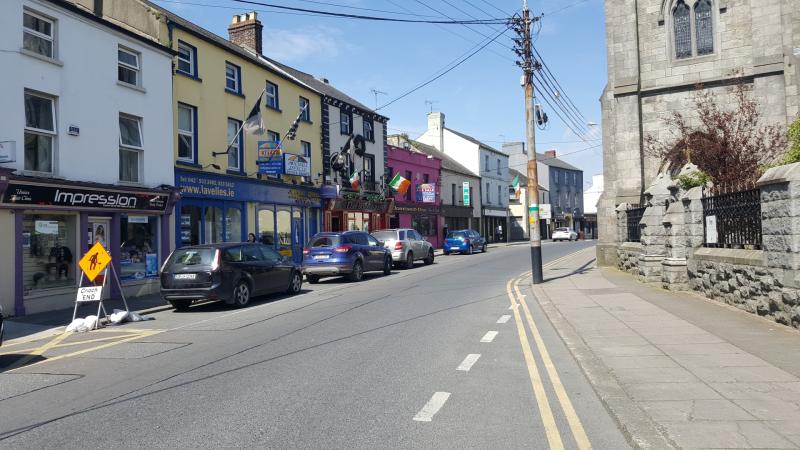 Councillors have called for improvements to the busy pedestrian crossing on Bridge Street which has a “history of accidents”.

Councillor Conor Keelan, speaking at the Municipal District of Dundalk monthly meeting, said that due to the lack of clarity in relation to Urban Regeneration and Development Funding (URDF) for the Bridge Street project that a separate low-cost measure should happen to make the pedestrian crossing safer.

The Fianna Fáil Councillor put forward the motion: “Given the lack of clarity regarding URDF funding for the Bridge Street project that Infrastructure make a separate Low-Cost Safety Submission calling for much-needed improvements to the uncontrolled pedestrian crossing at the junction of Bridge Street and the Blayney Road which has been a long-held objective of members since before the abolition of Dundalk Town Council."

Cllr Keelan said there are a lot of pedestrians using the crossing due to the post office and funeral home in the area in town and many HGVs and other vehicles use that junction.

“I fully recognise the efforts that we as a council are doing to achieve URDF funding which is much-needed for Bridge Street.

“However, it is my understanding at the moment there will be no improvements to this pedestrian crossing unless, and until, we receive the confirmation of the funding”, he continued.

“Given the fact that we are still waiting to hear about the funding, and people are waiting for improvements to the pedestrian crossing we should consider making a submission for a low-cost safety measure improvement in the area.”

Louth County Council’s Director of Services said the Low Cost Safety schemes have a Department applied upper limit of €30,000 and can’t be used for new pelican crossings, which cost in excess of €60,000.

Cllr Keenan, in response, said: “There is a history of accidents here and there is a need for much improved safety, something has to be done.

“I would appeal to engineers to re-examine previous reports and see if they could be rolled out.”

Cllr Sean Kelly, who supported the motion, said there should be signs erected warning motorists that there is a pedestrian crossing around the corner at that junction.