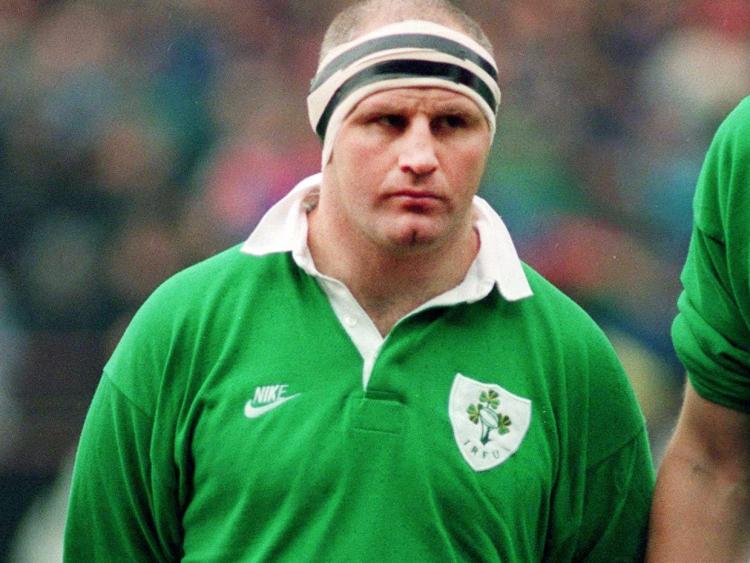 Gary was a very popular figure who had a distinguished career with Ireland, Leinster, London Irish and Harlequins. He amassed 11 caps for his country, featuring at both the 1991 and 1995 Rugby World Cups, and famously scored a memorable try against the All Blacks.

He was also a proficient athlete outside of rugby, involved with Kilkenny City Harriers, and representing Ireland at the 1987 World Athletics Championship. He returned to live in Kilkenny in 2015, taking up a role at Cistercian College Roscrea, and remaining very involved with the rugby community.

Kilkenny RFC has been among those to pay tribute to him, describing him as 'a proud Kilkenny man'.

"Like his late father Tom, he offered his services as coach and supporter to the club. Over the last few years he was involved as scrum / forwards coach with our 1st XV. He had a distinctive and assertive style of coaching, he was a gentleman and a genuine person, he will be missed by many," said the club.

"On behalf of the Kilkenny rugby community, we pass our deepest sympathies to his wife and kids, brothers and sisters, and to the extended family."

Leinster Rugby also said it was 'deeply saddened' to learn of his death.

Leinster Rugby is deeply saddened to learn of the passing of former Leinster, @Harlequins, @londonirish and @IrishRugby prop Gary Halpin.

Our thoughts are with Gary's family, friends, and all who knew him.

Munster and Ireland's Jerry Flannery also paid tribute, describing him as one his favourite players growing up.

Gary Halpin RIP. One of my favourite players when I was a kid. You need to be a bit mental to give the @AllBlacks the finger after scoring a try. Ballsy pic.twitter.com/y8h0iMNL0m