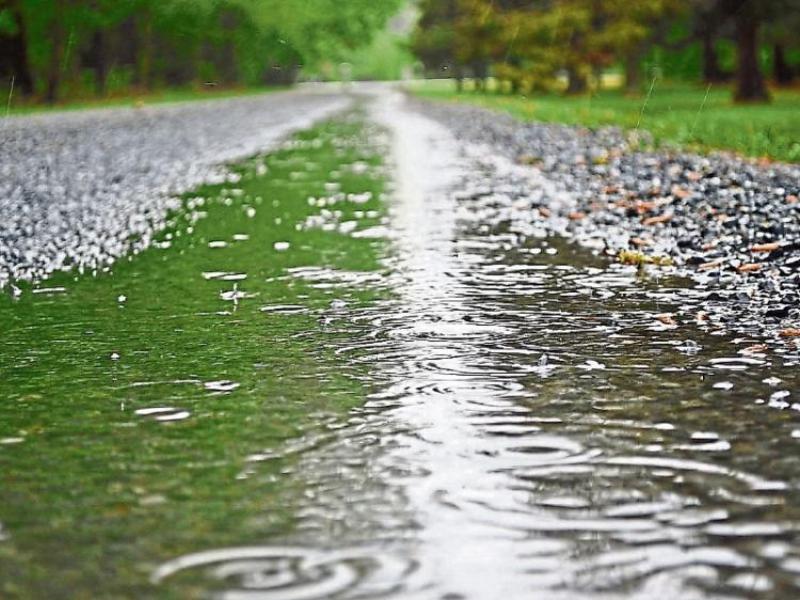 Met Éireann is forecasting wet and windy conditions on the weather front for Ireland this weekend.

The national forecaster is warning of the risk of flooding, with a status yellow rainfall warning in place for three counties in the south of the country on Friday. The alert was issued for Cork, Kerry and Waterford will see up to 40 millimetres of rain fall until 4pm.

Overall, mild temperatures with sunny spells and scattered showers are predicted for Sunday and Monday, before it becomes wet and windy for Monday night and Tuesday.

The weather forecast for Ireland for Friday from Met Eireann is for mostly cloudy and breezy at first this afternoon with outbreaks of rain and a risk of flooding in the south. Brighter conditions with sunny spells and scattered heavy showers will extend from the west this afternoon. Mild, with highs of 10 to 12 degrees. Strong southerly winds will moderate this afternoon, but remaining strong to near gale force on eastern coasts.

The weather will become largely dry tonight with clear spells and just a few well scattered showers. Cloud will increase from the south overnight, with rain in the southern coastal counties developing by morning. Lows of 5 to 8 degrees, in a moderate southerly breeze increasing fresh by morning.

Tomorrow, Saturday, will be mostly dry at first in the north, however outbreaks of rain in the south and west will spread countrywide by early afternoon becoming heavy at times, accompanied by increasingly blustery southerly winds. A clearance to scattered showers will develop from the west later in the day. Highs of 9 to 12 degrees, in fresh to strong southerly winds, with gales developing on southern and Irish Sea Coasts.

Saturday night will be mostly dry with a mix of clear spells and scattered showers. The showers mainly confined to western coasts. Lows of 3 to 5 degrees, in fresh southerly winds.

It will be a mostly dry start to Sunday with sunny spells forecasted. Scattered showers will develop through the afternoon, most frequent in the west. Highs of 8 to 11 degrees in a moderate southwesterly breeze. It will be mostly dry on Sunday night with clear spells, but it will also be the coldest night of the week ahead with lows of 1 to 3 degrees and a touch of frost.

MONDAY: A mostly dry day with sunny spells and just a few passing showers. Cloud will increase through the afternoon with rain arriving in the southwest by evening. Highs of 9 to 11 degrees in moderate southerly winds, strengthening later in the day.
Becoming wet and very windy in all areas Monday night, with southerly gales on coasts.

TUESDAY: A wet and windy day, with heavy and persistent rainfall bringing a risk of flooding. Continuing mild with highs of 11 to 13 degrees, in strong southerly winds with gales on coasts.

WEDNESDAY: Remaining mild and unsettled with rain clearing to showers. Highs of 10 or 11 degrees in southwesterly winds.

LATER NEXT WEEK: Current indications suggest our weather will become drier and more settled later next week and into the weekend, with lighter winds and temperatures remaining slightly above average.