Calls for action to prevent further fires on the Cooley mountains 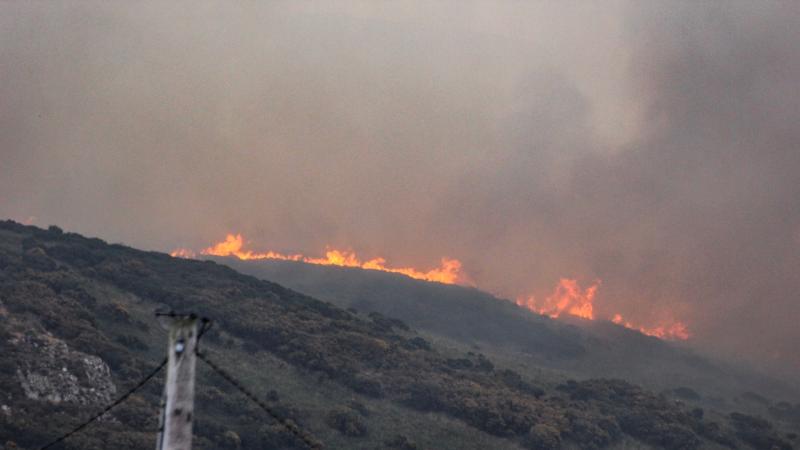 Councillors have raised concerns over fires on the Cooley mountains and have called for action to find out who started them and for it to be prevented from happening again.

Cllr Marianne Butler said it is “idiocy” and has to stop while Cllr Antoin Watters called for action to ensure the fires that happened last year on the Cooley Peninsula don’t happen again.

Cllr Butler, speaking about the most recent blazes, said: “They were so dangerous.

“I am in the middle of town and it was so windy, I can just imagine how dry and windy it was up there and the threat to people’s homes, it is crazy.

“The emergency services did a great job controlling the fires, but we need to be working with the gardai to find out who did this and get justice.

“It is just idiocy and it has to stop.”

The Louth County Council said that a forum had been set up with farmers, the local authority, the chief fire officer, gardai and Coillte to address the issue and will be meeting again in the coming weeks.

“We have established an initial forum with the farmers and the commonage, which arises from the big fires last April and May”, the council said.

“We are dealing with a lot of people who have an interest in those mountains and a lot of farmers that have a shareholding on the mountain.

“We are not aware who lit the most recent fires, but it did cause the calling for the fire service on two consecutive nights.

“There is a legal issue about controlled burning and allowing people to burn and that can happen up to February 28th so there is obviously a bit of a rush to get some burns done.

“We will be meeting the farmers again with the chief fire officer, the gardai and Coillte, in the next week or two.

“We have a forum going but it is at the early stages of debate and discussion.”

Cllr Watters said it was important to commend the efforts of the firefighters and said the forum must do what is needed to prevent it happening again.

“I was speaking to some of the firefighters who were on the mountain and they did a great job protecting property and stopping the fire from spreading”, he said.

“I hope the new group does what needs to be done because what happened last year can’t happen again.

“We need to protect people; the firefighters are leaving their families to go up to these remote areas and I want to commend them.”