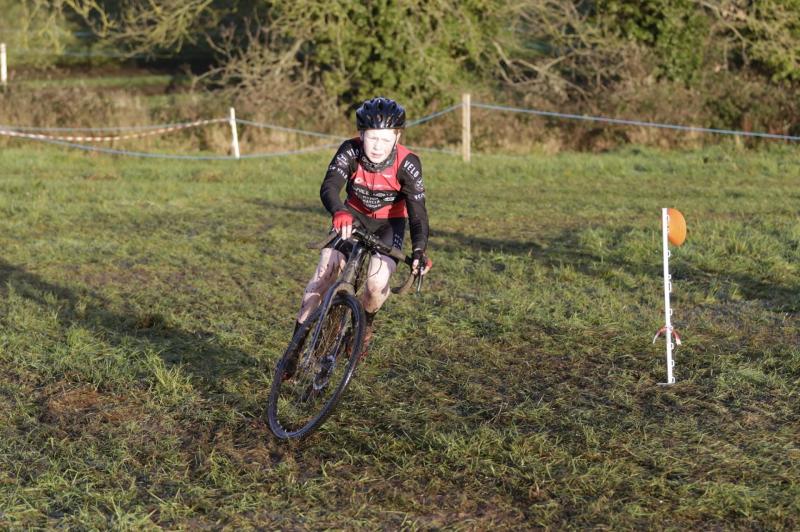 Rian McCrystal, who is on course to surpass his 200km target for February.

11-year-old Rian McCrystal from Dundalk is cycling 200km for charity this month and has already raised over €4000 for the Maria Goretti Foundation.

The Foundation is a registered charity and is committed to the support of children with disabilities through their centre at Lordship, a purpose built six bed-roomed facility that operates under the auspices of the HSE and is currently managed by Rehab Care.

The young cyclist began his campaign on the first of February and travelled over 70km in the first week alone, however his proud father Bryan McCrystal was keen to stress there was more to his journey than just hitting his set target.

“He is at the 160km stage now so barring injury he is well on the way to surpassing 200km, I’m very conscious he is a 11-year-old boy so I wasn’t going to set him a target that wasn’t achievable, but it was never really about the distance” he claimed.

“It was about the exposure of the centre and the cause we had, in the times we are living in just showing the importance of exercise which is a vital message to get out there.”

Rian comes from a sporting family with his father a former professional footballer turned respected triathlete and his aunt Eve a cycling Paralympian in tandem events, where she acts as the sighted pilot for blind cyclist Katie George Dunleavy with whom she won a gold and silver medal at the Rio Games in 2016.

Bryan explains that the idea for the cycle came from Rian himself, who wanted to help a centre close to their home and cycling track by doing something he enjoys.

“It is on our doorstop as they are there in Lordship while the cycling track we have is in Jenkinstown and we have friends as well who have children in there and the place is a godsend for them, it needs all the support it can get.”

“Rian came up with the idea, it is a children’s charity for a children’s hospital, and he is a kid himself, so it is children helping children if you want to put it that way. He came up with it one Sunday evening and before we knew it we had a GoFundMe page set up.”

The former Leeds United youth prospect was over the moon at what his son had achieved so far and was thankful for the support from local media and businesses alike, stressing that any donation big or small would go towards helping a fantastic charity.

“He’s done great, people have been very generous and recognise the hard times charities are up against these days so it has been very positive, he is actually over €4000 as some local businesses have been very good and donated cheques which will be added at the end.”

“I know how hard things are right now, but if there is something no matter how small people can donate, it will go towards a very good and worthwhile cause.”

Those wishing to donate can do so by visiting the GoFundMe page Rian’s 200km Bike Ride, https://www.gofundme.com/f/rans-200km-ride where more information and updates on Rian’s progress can be found.