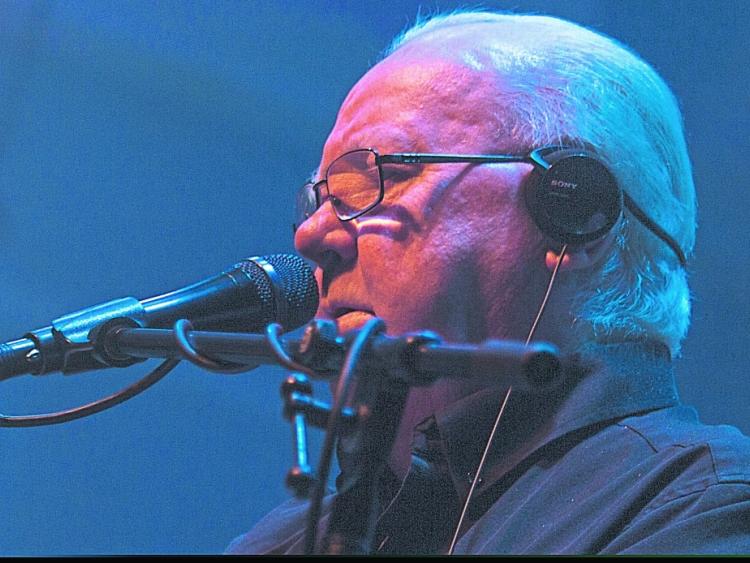 Councillors have suggested that a mural or a monument should be erected in town to commemorate Dundalk singer and songwriter Liam Reilly.

Moves are underway to honour the Bagatelle frontman, who wrote the much-loved song Summer In Dublin, who passed away suddenly but peacefully in his home in Dundalk on New Year’s Day at the age of 65.

It was also suggested that a Civic Award could commemorate the legendary musician.

It comes after a motion was tabled at the Dundalk Municipal District’s monthly meeting by Sinn Fein councillor Kevin Meenan and Independent councillor Maeve Yore who called on the local authority to look at a way of marking and recognising Dundalk’s late Liam Reilly and his contribution to music.

Cllr Meenan said other musicians have been remembered in their hometowns such as Big Tom in Castleblaney, Joe Dolan in Mullingar, Luke Kelly in Dublin, Rory Gallaher in Ballyshannon and Dolores O’Riordan in Limerick and that it would be “sad for us not to do something for Liam Reilly in Dundalk”.

Cllr Meenan, speaking at the meeting on zoom last Tuesday, said: “I have been approached by various members of the public and people connected to Liam’s family about commemorating him in his hometown.

“Liam Reilly’s music and his contributions to music are noted across the world.

“Some of the most famous songs connected to Ireland came from the pen of Liam Reilly.”

Cllr Yore told the meeting that they are looking for ideas and suggestions of how to commemorate the local musician.

“We know the legacy Liam has left and amount he has done for local schools”, she said.

“I think us as a municipal area and as a county should acknowledge his huge contribution nationally and internationally in relation to music and song writing.”

Cllr John Reilly added: “The town should most definitely honour one of its most famous sons and very talented songwriter and singer.”

Fianna Fáil's Sean Kelly proposed that Dundalk BIDs and the organisers of the SEEK festival could look into creating a mural, while his party colleague Cllr Liam Reilly, said the Civic Awards committee might also look at acknowledging his namesake's contribution to music as he “transcended not just Dundalk and Louth but nationally as well having represented Ireland”.

Cllr Kelly said: “Obvisiously we can’t have an event given the Covid restrictions, but I suggest we write to the town centre commercial manager and the organisers of the SEEK festival and ask they look into doing a mural for Liam Reilly in his honour over the coming months.

Cathaoirleach of Dundalk Municipal District, Cllr Emma Coffey also supported the motion and said she would raise the suggestion at the next BIDs board meeting.

Cllr Kelly has also started a petition on www.change.org for a monument to be created in honour of Liam Reilly.

Another suggestion proposed is a bench in St Leonard's Garden in Seatown close to where Liam lived.