Dundalk man's recipe for positivity with launch of new cookbook 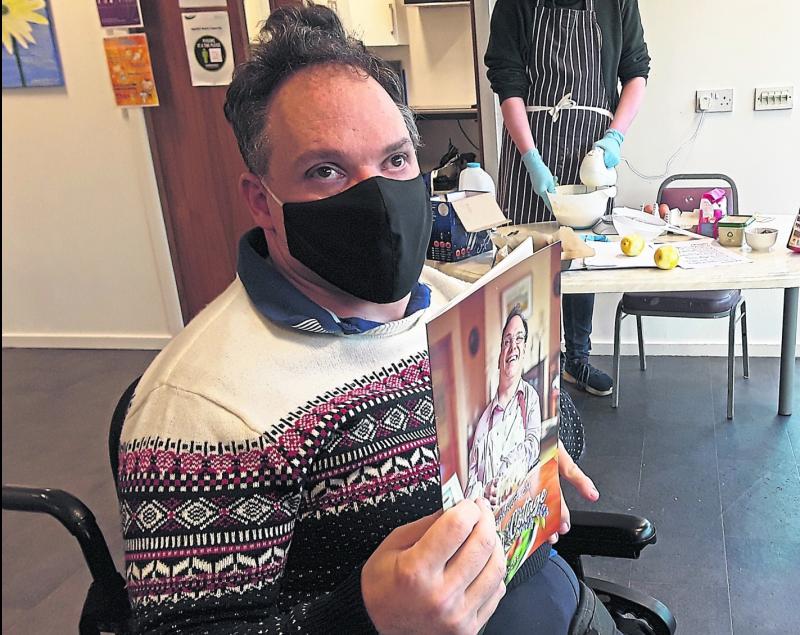 During this turbulent past year, a Dundalk man has been mastering his culinary skills and lifting the spirits of the members and staff in his RehabCare centre in Dundalk.

John Moore says: “I love cooking, I always have.”

Once the pandemic hit, John made it his mission to produce a new cookbook, as a tribute to his late father and in order to share his favourite recipes with family and friends throughout the town.

“During the major lockdown in the spring, I said I wasn't going to be sitting in and doing nothing. I'm never a negative person. I put my head together and I came up with this idea myself.”

With his positive outlook on life, John says: “For me, cooking is very relaxing. It's important to have good, healthy food on the table. I have 19 recipes in total - smoothies, soups, main courses, desserts and a Victoria sponge cake.”

John has been attending the RehabCare Quayside Resource centre since 2001.

Speaking about the RehabCare community, John says: “I have lots of friends in RehabCare and they're all very proud of me. I used to go to the centre 5 days a week, learning reception skills, computer skills, cooking, art and we had the cinema club.

“When Covid happened, I had to stay at home for a while but I was in touch with the staff virtually, they were on the phone to me. I'm there three days a week now which is great. They were absolutely blown away when they heard I had made this cookbook.”

Explaining the inspiration behind his achievement, John says: “I got my love of cooking from my mother Geraldine. She was chief food-taster. It was the best job I could give her.

“And I made the book in memory of my father, Oliver Moore. He died in 2013. I was very close to him. He would be awful proud of me. He knew my love for cooking and my interest in cooking, and it's something that he would have definitely wanted me to do.”

The cookbook's popularity has spread, and he now counts renowned chef Neven Maguire as a fan.

John says: “As a surprise, my friends sent a copy of my book to Neven Maguire, and he sent me back a signed copy of his own book, and he said mine was brilliant. I was delighted.”

Speaking about his choice of recipes, John says: “There's a salmon dish and I love that. It's called 'Salmon in Creamy Cucumber Sauce', it only takes 14 minutes.

"You can be sure that all of these recipes are tried and tested and very easy to make. There's no comparison to home cooking.”

The mouth-watering book was compiled with colourful photos by local Dundalk photographer Andrew Browne and was designed and printed by GoCreate.
John says that he is delighted that he has sold a hundred copies so far.