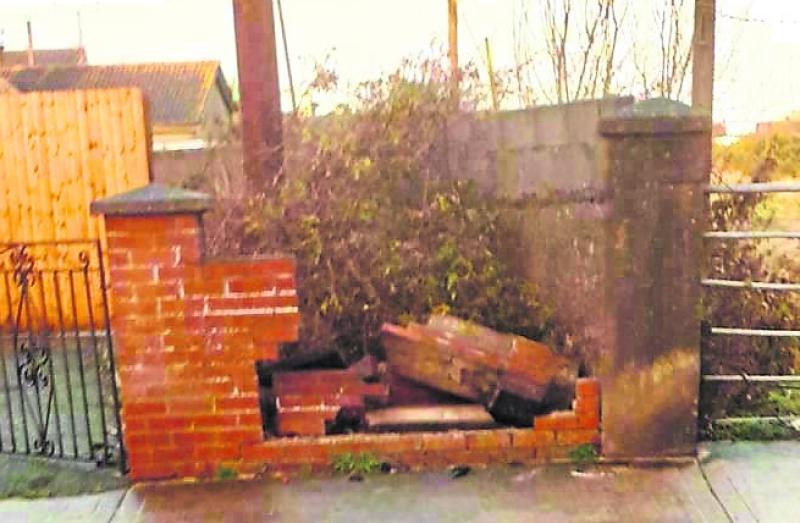 Concerns have been raised that there were several accidents during the recent icy conditions resulting in property being damaged on Maxwell Row and St Nicholas Avenue as they are not gritted.

Cllr Seán Kelly has raised concerns over the fact that Maxwell Row and the top of St Nicholas Avenue in town is not part of the Winter gritting programme provided by Louth County Council.

He said that he had been contacted by several residents concerned over a number of accidents during frost and icy conditions which had caused damage to private property.

Cllr Kelly, speaking at the Dundalk Municipal District monthly meeting, said: “We have been asking for a weight restriction and speed limits in this area for a number of years and other councillors have also raised it before my time on the Council.

“The response we continue to receive to this is that HGV and other larger vehicles are unable to make the turn at the top of Castletown Road/Bridge St and therefore must use this route.

“My point is that the Council cannot have it both ways, if we are pushing traffic especially large HGVs onto this mainly residential area, the least we can do is to grit it and make it safer for local residents.

“The situation can be resolved by just adding that small piece of road to the gritting programme.”

The local authority engineers in response said that the gritting route was decided for this year and not subject to change.